After the launch of Android 12, Xiaomi users are highly waiting for its new custom UI as other OEMs have already released their latest version of the UI with amazing new features. But now the wait for the fans of Xiaomi is going to be over. 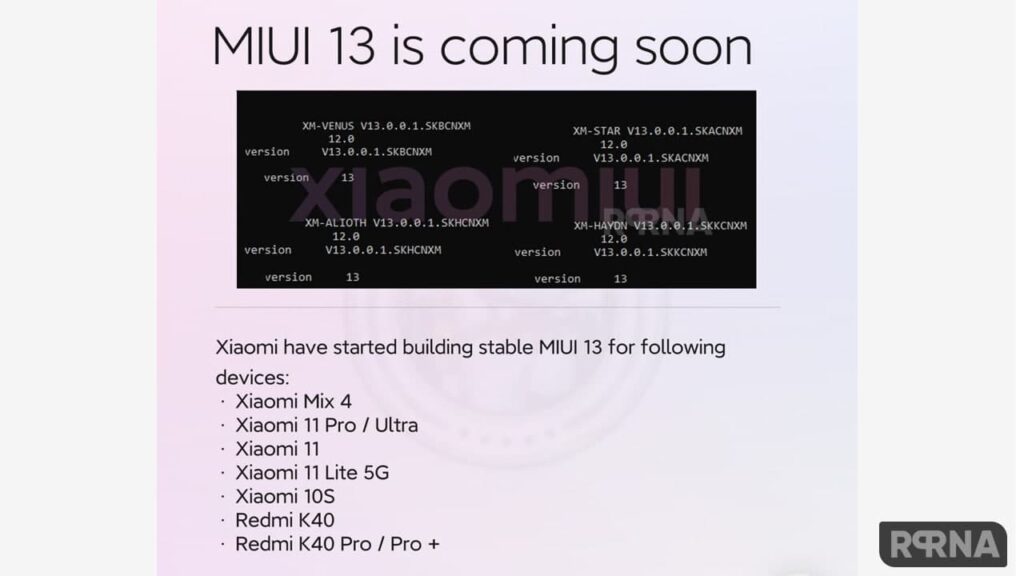 Below you can check the latest MIUI 13 stable version of these devices.

However, these devices already received the Android 12 update and will soon get the  MIUI 13 stable update. As the company has started the Android 12 based MIUI 13 internal testing, here the question arises whether MIUI 13 will be released for Xiaomi devices running Android 11 or not?

Earlier, it was reported that the upcoming MIUI 13 will be based on Google’s Android 12 operating system. So, soon we will get to know about MIUI 13 which is based on Android 12 only or includes older versions as well.

Back in April 2020, Xiaomi announced MIUI 12 with plenty of new features.. After the launch, we’ve started hearing rumors about the next version of the MIUI, MIUI 13. But before MIUI 13, the company introduced MIUI 12 improved and enhanced versions, such as MIUI 12.5 and MIUI 12.5 Enhanced in December last year and August this year respectively.