Top Posts
Google Pixel 6 might come with its own...
New Apple iMac is expected to lead the...
Samsung Galaxy M11 gets Android 11-based One UI...
Surpassing Apple, Xiaomi became the 2nd largest smartphone...
Twitter on iOS and Android will now show...
Realme Q2i and Realme V3 5G users getting...
Asus ZenFone 8 Flip, ZenFone 8 key specs...
Samsung Galaxy S22 could bring extraordinary camera zooming...
Samsung and LG might be the only OLED...
China’s Tencent is negotiating with the US to...
MIUIUpdates

At the end of December 2021, Xiaomi launched MIUI 12.5, the next MIUI version, in China at the Mi 11 launch event, and its global version introduced in early February. As per the information, it will soon be launched for Indian variants.

According to the latest information, Xiaomi is rolling out a new MIUI 12.5 beta update for the latest flagship device, Mi 11 Ultra/11 Pro users. This update allows users to experience the features of MIUI 12.5 before its stable release.

The newest version of MIUI, MIUI 12.5, brings many new features, improvements, and customizations over the previous version. Apart from this, the new version also has some impressive live wallpapers.

MIUI 12.5 update for this device comes with the beta version 21.4.13 in China. This beta update brings some improvements and fixes for better device performance. Currently, the update is only rolling out for Mi pilot testers. Once it will successful then the stable version rollout for all variants. 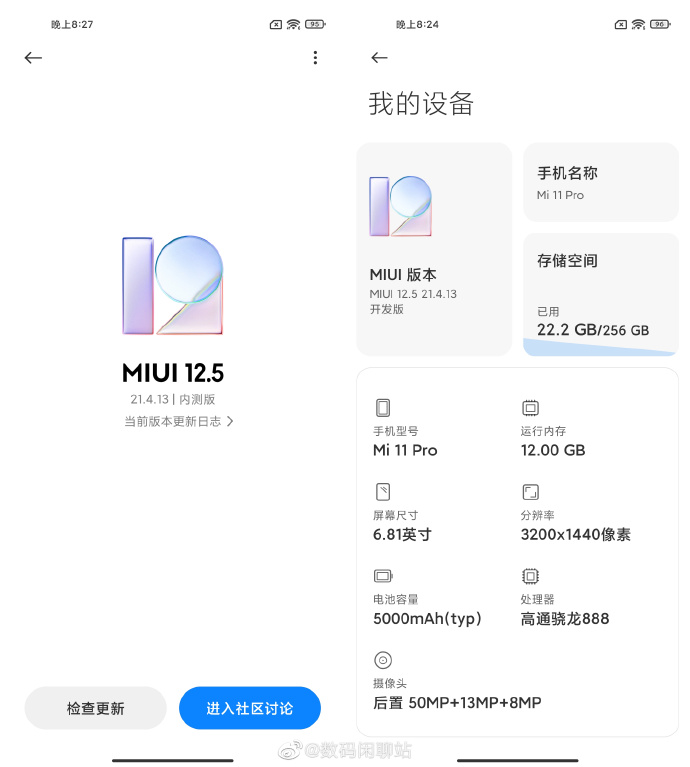 Huawei trademarks for Petal Pay, its own version of Google Pay