Earlier, we’ve reported that Mi 11 is expected to launch at the end of this month. This will be the first smartphone powered by Qualcomm’s Snapdragon 888 processor.

We’re a few days away from the launching of the Mi 11 series and ahead of the official unveiling, Mi 11 has appeared on the Geekbench.

Xiaomi phone with model number M2011K2C has benchmarked on the Geekbench with Android 11 (MIUI 12), Snapdragon 888, and allegedly identified as Mi 11.

The phone equips with an octa-core processor based at 1.80Ghz, and the processor codename is ARM venus which is the Snapdragon 888. According to the test results, the smartphone has scored 1135 in the single-core and 3642 in the multi-core test. 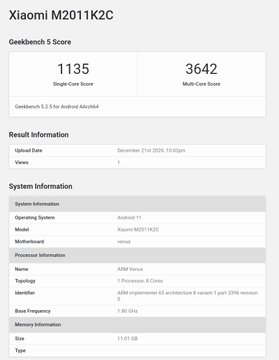 As per the previous leaks, the Mi 11 will feature a quad-curved screen with a hole in the left upper corner. Although, the curvature of the Mi 11 series screen is smaller as compared to the waterfall screens. 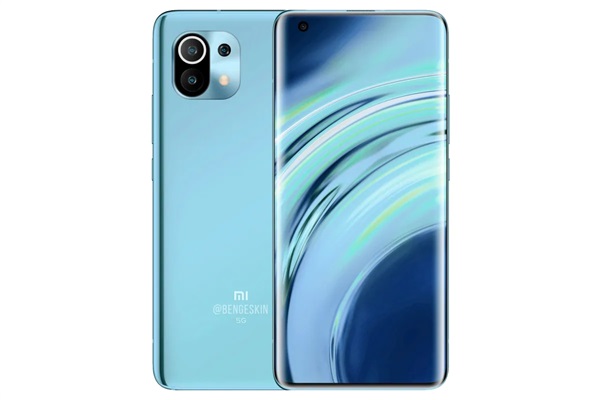