On the occasion of the 11th anniversary of Xiaomi, Xiaomi Group held a special event, in which, Lei Jun announced Xiaomi’s latest 19 user policies and announced that the MIUI 12.5 stable version would be fully released in April 30.

In total, Xiaomi collected 21,128 suggestions from online users, totaling over 700,000 words. The issues that everyone cares about are mainly focused on after-sales service, AIOT, Xiaomi family, and other directions. The head of each business department adapted and adjusted these problems and suggestions, promoted improvement, and devised 19 specific reform and optimization measures. 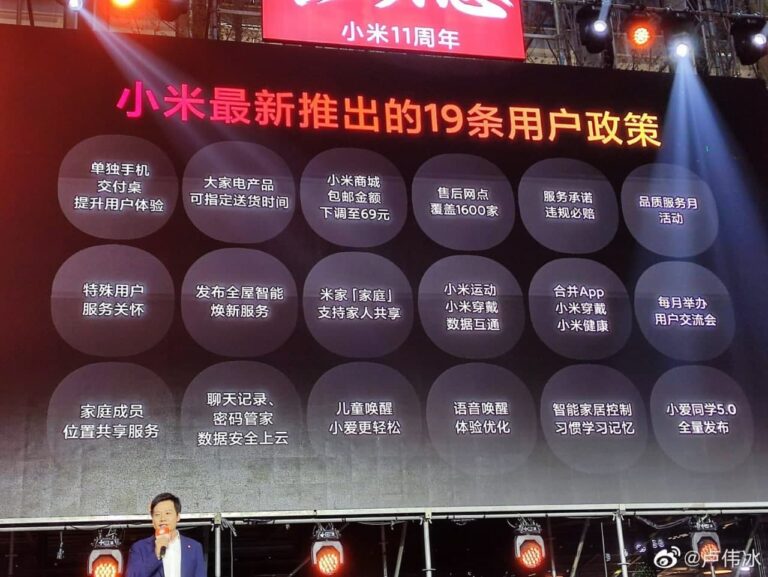 However, MIUI 12.5 was deployed a few days ago via Xiaomi Mi 10 Ultra. Whereas Xiaomi has now drafted plans to upgrade a bunch of smartphones to MIUI 12.5 by the end of next month.

The company has confirmed that on April 30, all the devices included in the first phase of deployment will be updated, including Xiaomi Mi 9 SE, Mi 10, Mi 10 Pro, Mi 10 Ultra, and more.

Below you can check the MIUI 12.5 release schedule for Xiaomi’s eligible devices.

This release only applies to devices on the company’s Chinese ROM, although Xiaomi’s latest operating system may be released to devices worldwide before May. Other products, such as POCO F2 Pro and Redmi Note 8 Pro, will be stuck on MIUI 12 until at least June 2021.

In addition, it should be noted that the first batch of reviews from China on the MIUI 12.5 update is very promising. Apparently, the new generation of MIUI provides a fairly clear flow. This fixes a large number of bugs that we have seen in other previous versions.