We have been hearing for a long time that a new member of the Mi 10 series will be introduced soon by Xiaomi. Currently, the company offers a variety of smartphones under the Mi 10 series, which include Mi 10, Mi 10T, Mi 10T Pro, and Mi 10i.

The upcoming member of this series called Xiaomi Mi 10S that already received China Compulsory Certification (3C) with model number M2102J2SC  and it will have a 33W fast charging capacity.

Now, the company has officially confirmed that its new smartphone, Mi 10S will be launched on March 10, 2021, at 2:00 PM (local time) in China. Xiaomi’s founder Lei Jun has also revealed some specs of this upcoming device.

Lei Jun revealed that the Xiaomi Mi 10S is powered by Snapdragon 870 chipset and will be equipped with Harman Kardon speakers, which will be based on the design of the Xiaomi Mi 10 Ultra smartphone that was launched last year. 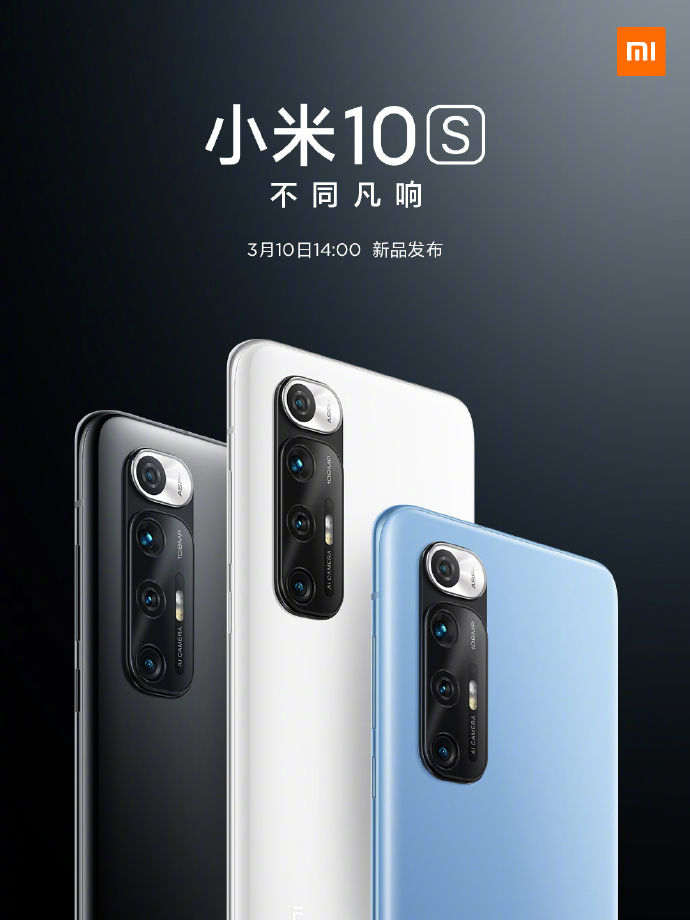 The shared poster shows that the Xiaomi Mi 10S will appear in three colors of black, white, and blue. In a rectangular module, the quad-camera setup of the phone features a 108-megapixel main camera.

Mi 10S also received TENAA certification which indicates that it will come with a 6.67-inch display, Android 11 OS, and a 4,680mAh battery with 33W fast charging support.

However, we do not have much information about the Mi 10S but the company will release more specs soon. So stay tuned with us, we will provide you more information.