Xiaomi is much popular in terms of applying for new and weird design smartphone patents. In the past few months, we have seen a number of new and unique patents for the upcoming Xiaomi device. At the same time, it seems that the company is working on a new design.

According to the latest report, Xiaomi has obtained an unusual camera design patent in which the camera located in each corner on the back. However, this is the first time Xiaomi has adopted this camera design.

In the past, some manufacturers have released mobile phones that support 3D photography, such as Gionee S10, which uses front and dual rear cameras.

After taking a photo with the 3D camera function, the user can perform a 360-degree stereo view, or manually adjust it. Perspective or a panoramic view of photos taken through a gyroscope. 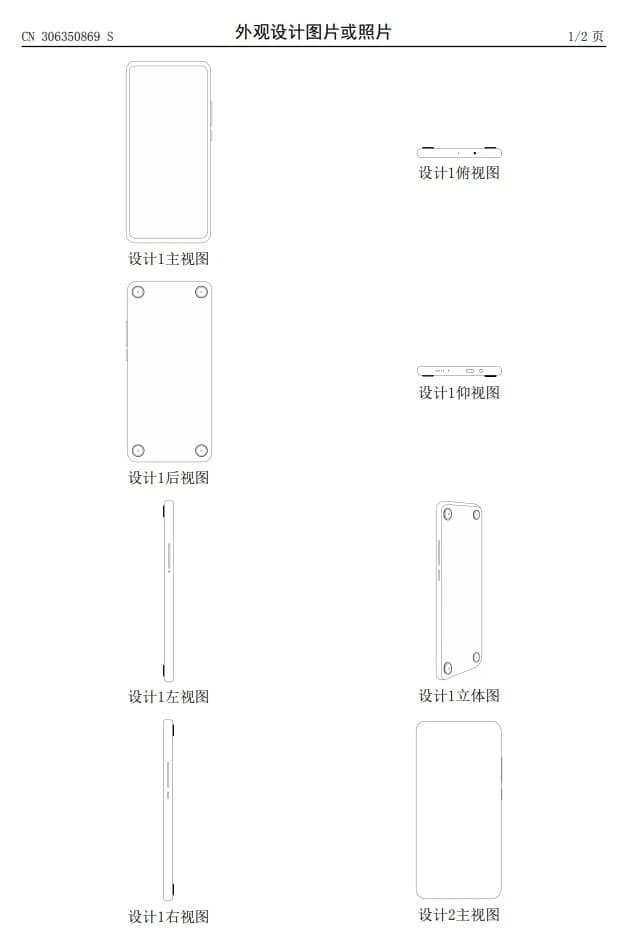 In addition, the patent abstract explains the purpose of the design product. As per the explanation, it can be used for mobile communications, cameras, games, networks, or multimedia applications. The function of a 3D camera or 3D video can be realized by four cameras arranged on the four corners of the back of the smartphone.

Moreover, according to the enterprise search application, Beijing Xiaomi Mobile Software Co., Ltd. represented the patent of the mobile phone is with the publication number is CN306350869S on July 2020.