One UI 2.0 beta rolling out to the Galaxy S10 series in Poland

The latest One UI 2.0 beta is based on the Android 10 OS and brings many new features, you can check all the features here or also read about a few key features of the new OS here. 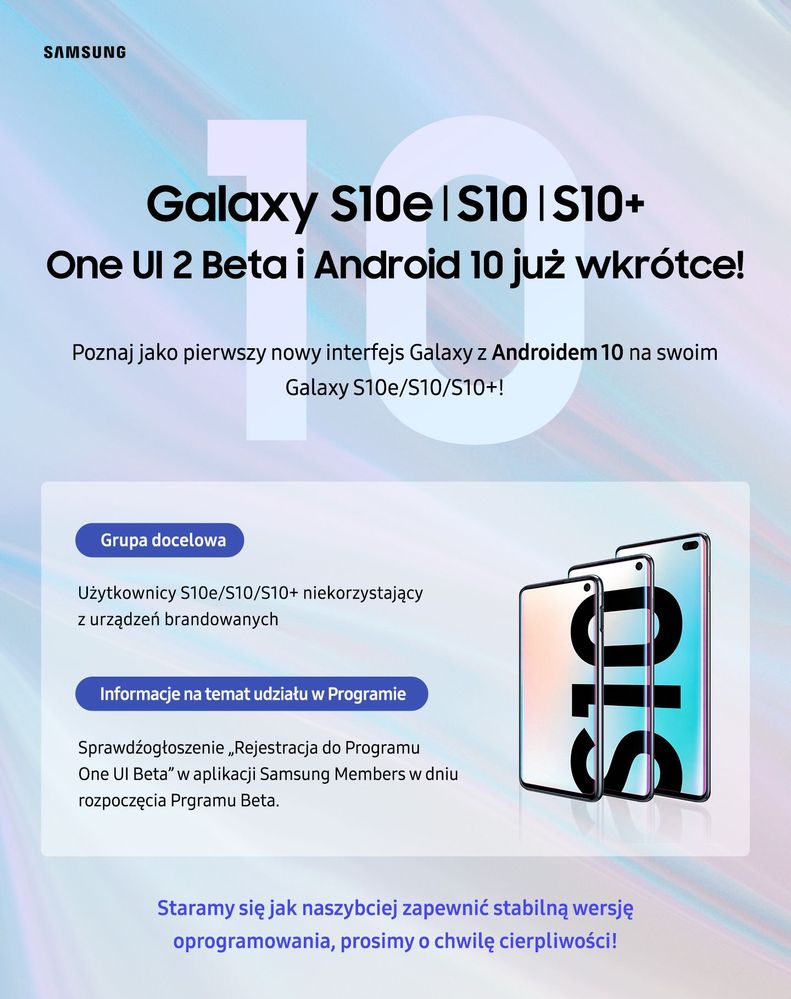 We have prepared the easy tutorial to join the One UI 2.0 beta programor can also follow below instructions:

WHAT IS THE ONE UI BETA PROGRAM?

Made for all our users, the One UI Beta Program is the chance to try One UI 2.0 before its official release. As one of the first to enjoy the new features and design, send your feedback and see how it helps to build an exceptional experience.

Once signed up, go to Settings and Update Softwareto select the Download Updates Manually option. This will allow the software to update and load the beta version.