One UI 2.5 brings ‘Live Caption’ feature for Galaxy S10 and Note 10 series, here’s how to enable and use it

One UI 2.5 brings a more convenient user experience for Samsung devices powered by the new features, including the Live Caption. This feature automatically captions media playing on your phone. Use it on videos, podcasts, and audio messages and get captions right away.

Recently, Samsung began to roll out One UI 2.5 for Galaxy S10 and Note 10 series. This major upgrade for two of these older flagships also installs the Live Caption feature, which seems to amaze its users.

If you’ve already installed this latest update on your Samsung device and want to use Live Caption, follow the instructions below.

From the Quick Settings Panel: 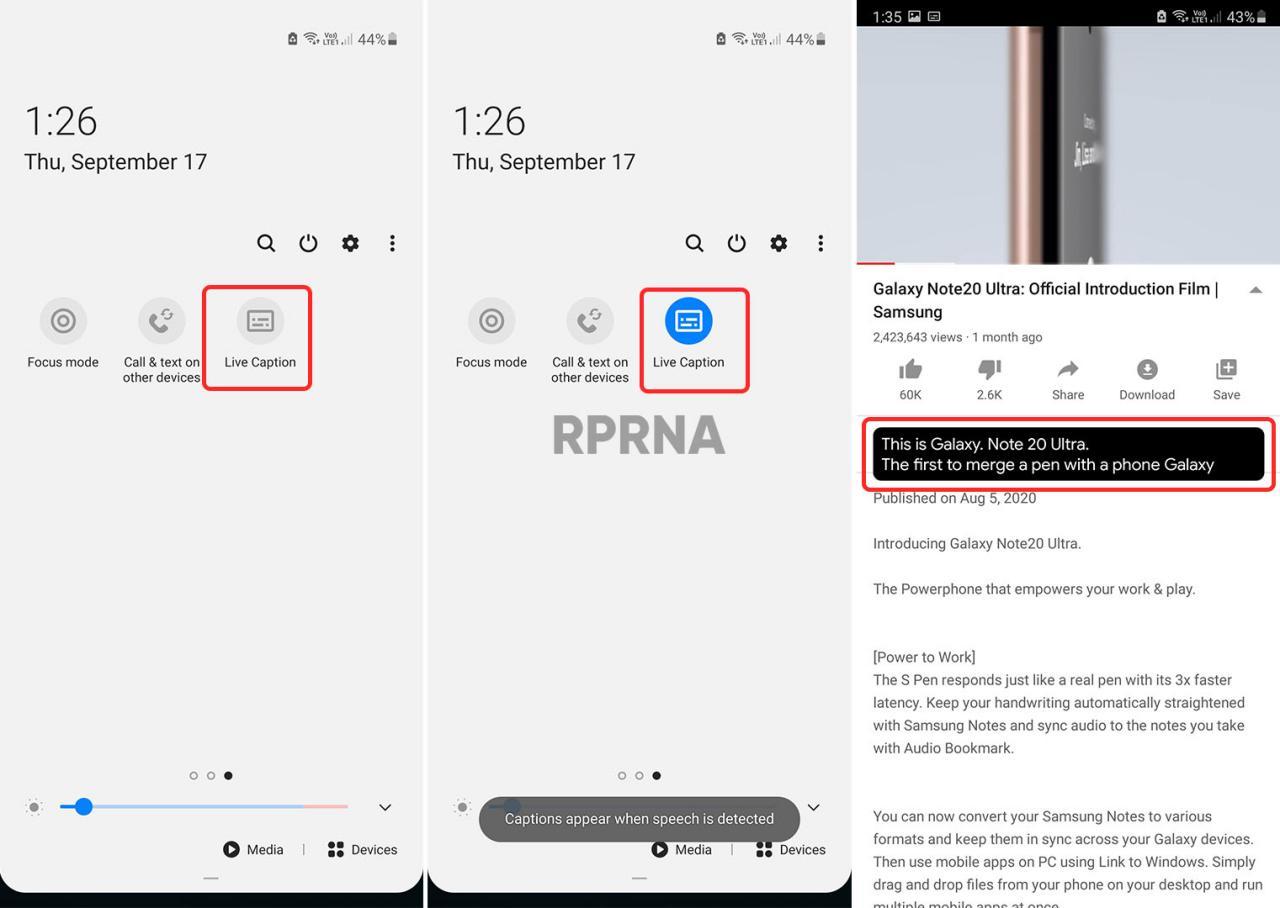 Live caption feature available on One UI 2.5 update. Something I’ve been waiting for since One UI 2.1 from galaxynote10