Aside from flagships, Samsung also has a number of mid-range, budget, and entry-level smartphones and they are Galaxy A, Galaxy M, and Galaxy F series. It is worth mentioning that select premium Galaxy A phones get three Android upgrades just like the flagships, while others get two. 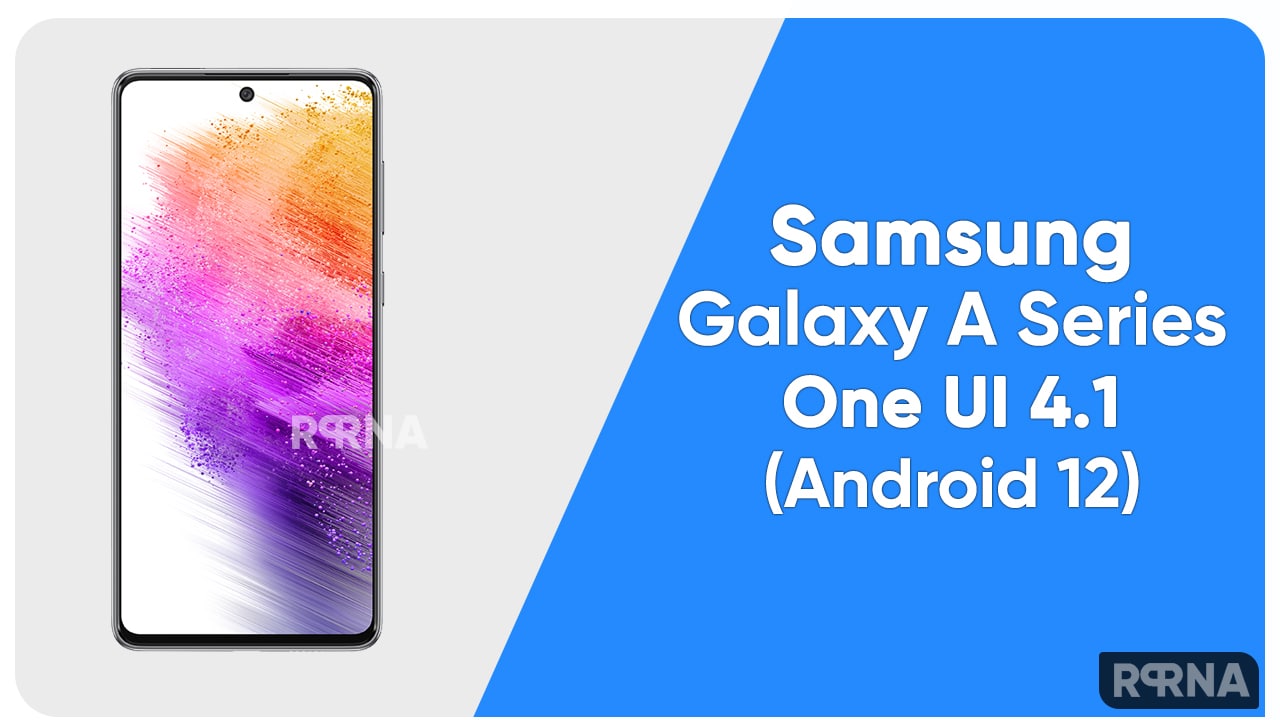 If you are the owner of the Galaxy A series smartphone and would like to keep in touch with the latest news about the Samsung Android 12 and One UI 4.1 upgrade on your device, you should bookmark this article as it will be updated regularly with new and up-to-date information.

These Galaxy A series devices have received the latest Android and One UI 4.1 (Android 12) update:

Samsung One UI 4.1 is an upgrade over One UI 4.0, bringing more features and improvements to the users. At the same time, it improves all Samsung stock apps to provide you with seamless performance. It’s more intuitive, more fun, more secure, and easier than ever.

The company’s partnership with Google ensures a seamless experience when using your favorite third-party apps and services. For example, with the Google Duo Live Sharing feature, let’s enjoy your favorite shows, pictures, and videos with people who are far away from you.

Samsung Galaxy A13 5G smartphone users have started collecting the Android 12-based One UI 4.1 update in the United States. The update brings several new and advanced flagship-level features to the entry-level smartphone.
One UI build version A136USQU2BVE9

Samsung has started rolling out the Android 12-based One UI 4.1 update for Galaxy A32 LTE users in Brazil. Android 12‘s new privacy features are designed to protect you and keep you in control, and there are more intuitive ways to go straight to your gameplay or even switch to a new device. Read more here

The Samsung Galaxy A12 Nacho has started receiving a new software update that comes with the Android 12-based One UI 4.1 update. The release aims to improve overall device security by installing the latest Android patches. [Read More]

Samsung A31 One UI Software Update

Samsung Galaxy A31 smartphone users in the United Arab Emirates (UAE) have begun receiving the Android 12-based One UI 4.1 update with lots of new features, major UI changes, a whole new Material You design, and various customization options.

Samsung A22 One UI Software Update

Samsung has started rolling out a stable Android 12-based One UI 4.1 update for Galaxy A22 smartphone users. The update is currently rolling out in the Russian market which brings a firmware version – A225FXXU3BVD8.

This latest firmware update for the Samsung Galaxy A22 includes the April 2022 security patch along with many new features from Android 12 and One UI 4.1.

Samsung A41 One UI Software Update

Recently, Samsung has released the Android 12 update to the Galaxy A41. This latest update introduces a new One UI version, improved functionality, new features, and other new feature. In addition, this update also installed the April 2022 security patch.

Samsung’s One UI 4.1 (Android 12) update for Galaxy A41 comes with the firmware version A415FXXU1DVDB. However, this update. The April 2022 2022 security patch brings better system security, stability, and fixes for dozens of flaws and security threats.

This article will be updated regularly!