Android 12-based One UI 4.0 Beta 3 is now rolling out for the Samsung Galaxy Note 10 – How to download

To download the One UI 4.0 update, you first need to join the beta program. For that, you need to follow the given steps below.

To download and install the update, you need to do the following action on the Galaxy smartphones.

According to Sammy Fans, Samsung is rolling out the Android 12-based One UI 4.0 Beta 3 update to the Galaxy S10e, Galaxy S10, Galaxy S10+, Galaxy S10 5G, Galaxy Note 10, and Galaxy Note 10+ in South Korea. Users can identify this update via software version number ending:

According to Sammy Fans, Samsung just released the One UI 4 Beta 2 update to the Galaxy S10e, S10, S10+, S10 5G, Note 10, and Note 10+ smartphone users in South Korea. The software version is ending with ZUL5. Check the complete changelog below.

According to Sammy Fans, the Beta Operations Manager started recruiting the Galaxy Note 10 and Galaxy Note 10+ smartphone users for the One UI 4.0 Beta program.

You can join the One UI 4.0 Beta program through the Samsung Members app. After joining the beta program successfully, the company will roll out the first Beta update for your smartphones with various new features. 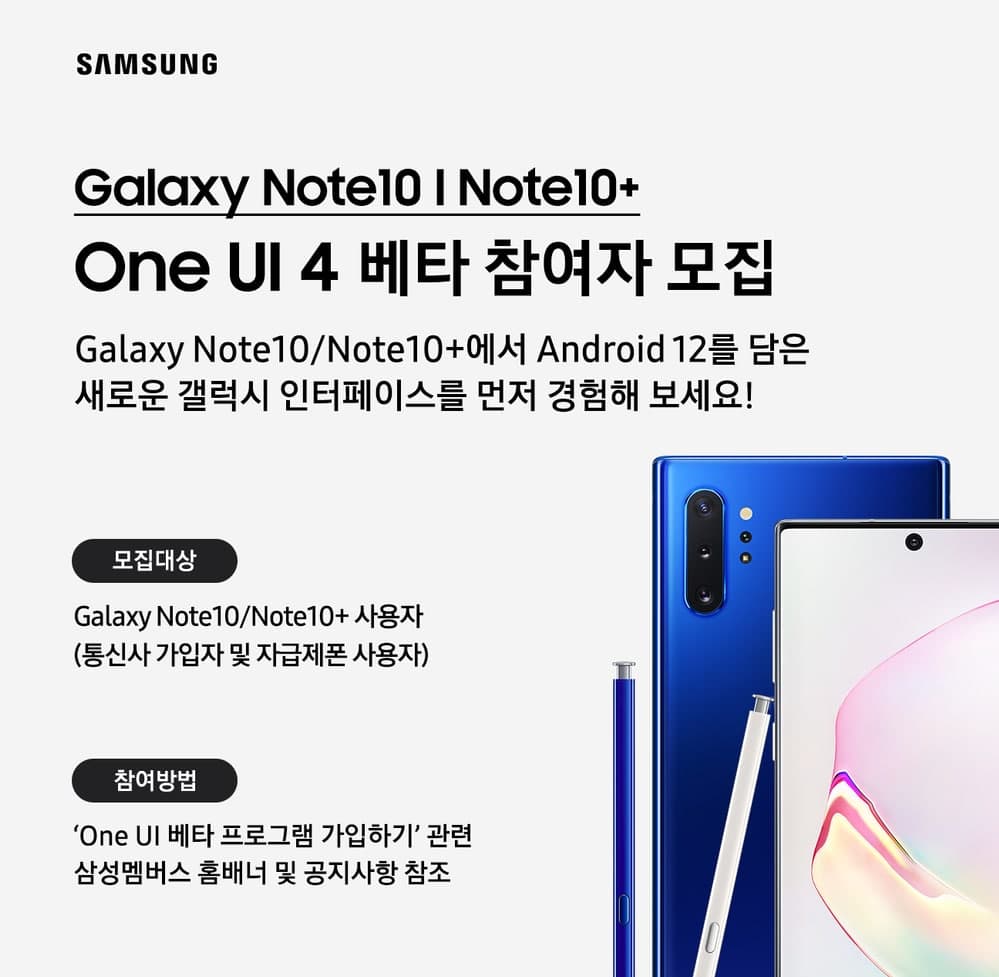 Samsung One UI May Update: These devices have...

Samsung May 2022 Update: These devices have received...