OPPO ColorOS has begun to adapt to Android 13-based on ColorOS 13. Recently, a well-known tipster @Digital Chat Station shared some screenshots of a new interface of ColorOS 13. This update comes with the latest user interface new and several new improvements.

Looking at the shared screenshots, the ColorOS 13 (Android 13) supports the creation of large nine-square-grid folders, and you can directly click to open the app. In addition, ColorOS 13 adapts to more widgets, which can be pinned to the homepage.

In addition, the system UX design of ColorOS 13 has a more hydrogen OS feel, and OnePlus users should be able to feel some familiar elements. The tipster @Digital Chat Station said that the background retention rate of the ColorOS 13 internal test system is much stronger than that of the previous generation. 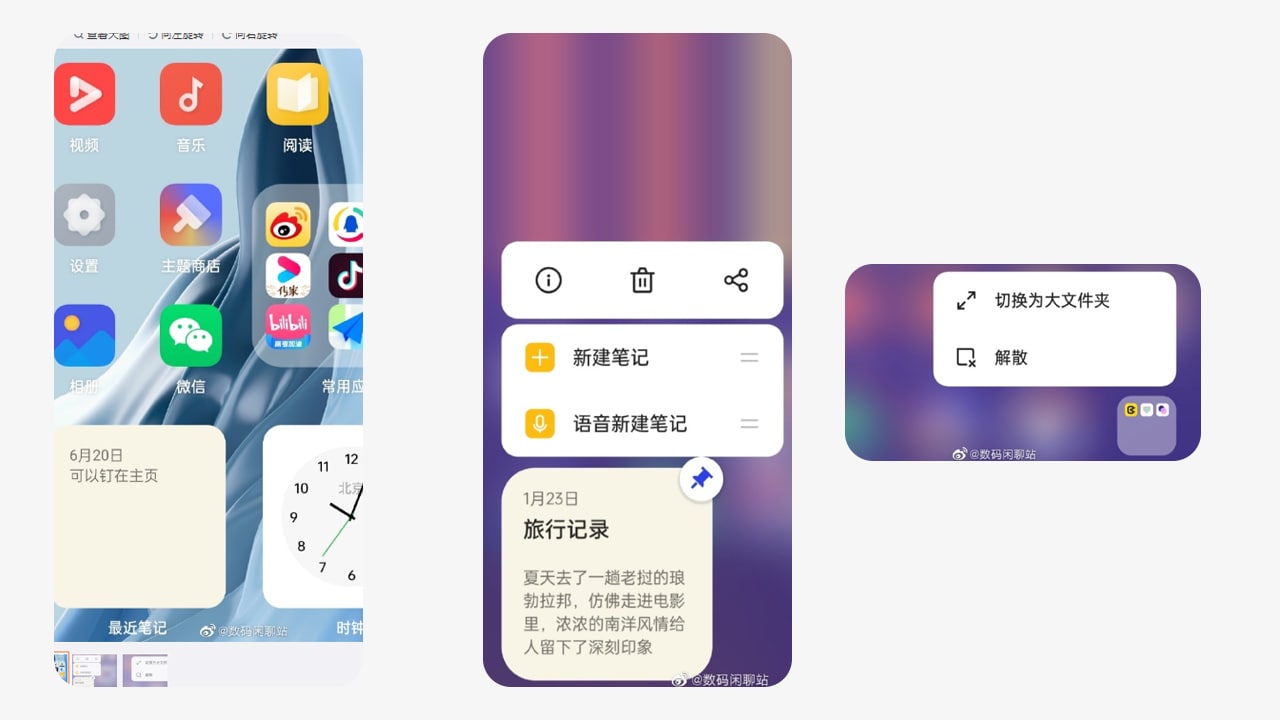 The public beta of ColorOS 13 will be launched in early August. And the developers need to complete the adaptation and release before this, so as to avoid affecting the use of public beta users.

Earlier, the tipster @Digital Chat Station released a screenshot of what it claims to be ColorOS Android 13 and said that at present it is only the setting interface UI with fine-tuning, and the new underlying features are better privacy protection, animation smoothness, and application flow, etc. Wait, the official version of ColorOS 13 will be released in the second half of the year.