Realme 9i 5G gets camera improvements with September 2022 update

Realme is picking a great speed in releasing its monthly security patch to the newly launched devices. In the recent development, the Realme 9i 5G smartphone which debuted last month has started obtaining the September 2022 update with major improvements.

Realme has also released the same September 2022 patch with some minor bug fixes for the just launched Realme C30s device, and now the firmware has made its reach to Realme 9i 5G devices. This will be the first update that the device owners will acquire.

September 2022 update for Realme 9i 5G users arrives with the UI version RMX3612_11.A.10. It will bring some improvements in the camera department. Alongside the update will also fix some network problems and improve the stability of the network connectivity. 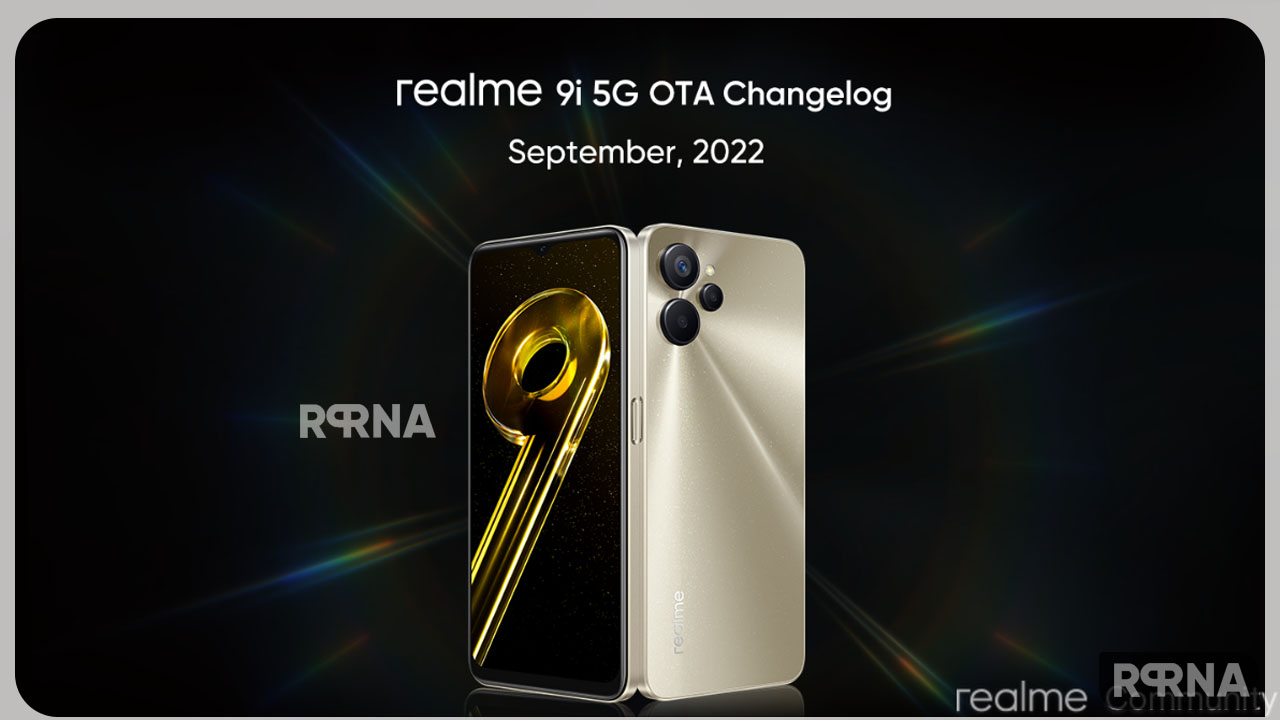 The update doesn’t conclude with these fixes, it further resolves the problem that arrives when the Google browser voice interface locks and then unlocks the black screen. Additionally, your device will improvements in the system’s safety and stability.

• Fixed the problem that the Google browser voice interface locks and then unlocks the black screen.

As always it’s a phased rollout and currently, it’s available for a limited number of users, to download the update manually. Just tap on the Settings menu > Software Update > If available for your region, tap on Download and Install.