Realme the name itself offers a variety of innovations to let you connect with the real you using your smartphone. And to make the bond stronger with users Realme released a regular update for the devices. In the meantime, the Realme GT 2 Pro and Realme GT Neo  3 get the September 2022 security patch update.

The new firmware boosts your Realme GT 2 Pro and Realme GT Neo 3 devices’ performance. It is worth mentioning that Realme is always taking care of all its models all around the world, no matter how old the device is.

However, the recent September 2022 security patch for the Realme GT 2 Pro and GT Neo 3 update makes your device perform stable with more security options. The update is released in batches so it may take time to reach you. 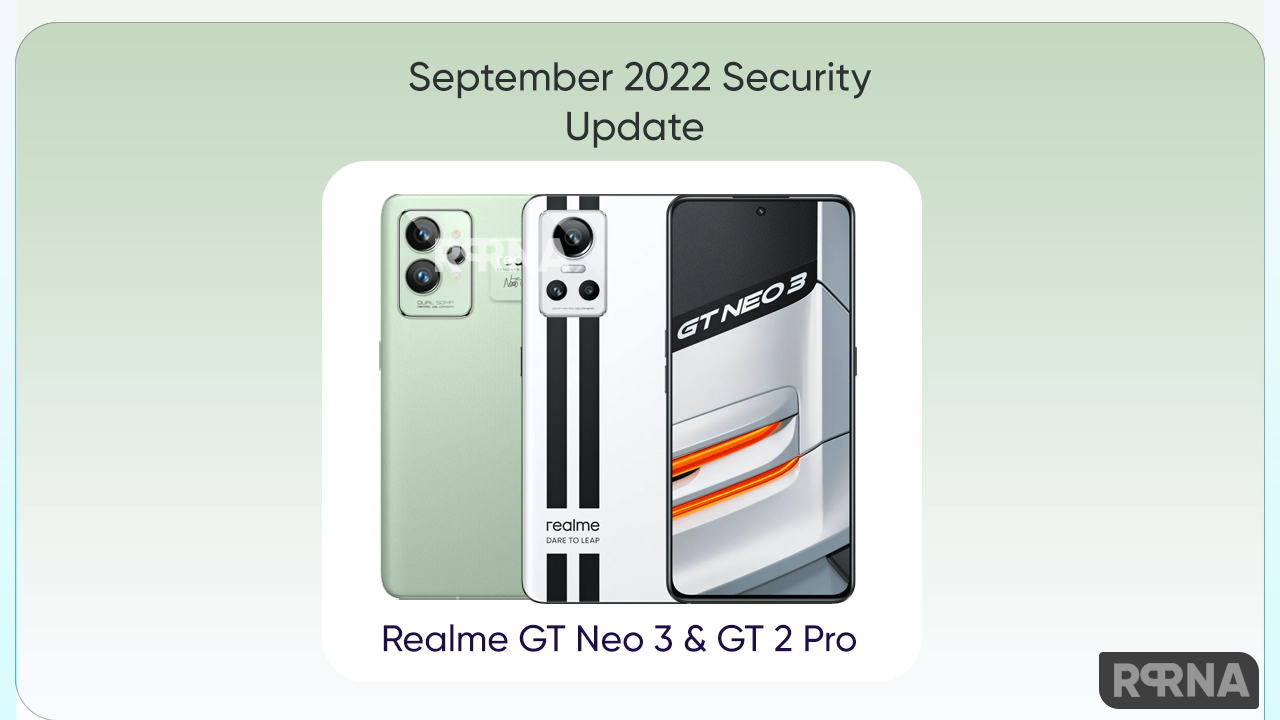 Meanwhile, if too many users update at once, it also puts a hold on or interrupts other services. This implies that even if you get a late update, your device will still be completely protected from unknown bugs and server load problems.

Below you can check the changelog and version number for the update:

Both the smartphone phone models are like best vs best in terms of feature specification and design. The main difference is the Realm GT 2 Pro price s higher than the Realme Neo 3.

Well, as with a little hike in the price you can see the better 3 GHz Octa Core processor in Realme GT 2 Pro, on the other hand, Realme GT Neo 3 has a 2.85 GHz Octa Core Processor. Rather than this most of their specs are similar to each other.