Samsung started its August 2022 security patch rollout with the high-end flagship devices including Galaxy S22, S21, S20, Z Fold3, Note 20, and more. Now the rollout is expanding for the mid-range devices as well, recently the Galaxy A73 smartphone users have started getting the August 2022 security update.

Users of the Samsung Galaxy A73 will be able to identify the latest August 2022 security patch update through the One UI firmware version A736BXXU2AVG3. This update brings some additional improvements and optimizations comapre the regular monthly patch.

At the moment the update is rolling out in some Asian countries including Malaysia, Thailand, and the Philippines. However, the company will spread its availability to more users in other regions soon, further, this update will improve the stability and security of your phone.

According to the changelog, this update brings improvements to the camera department of your device, because earlier the users of Galaxy A73 smartphones were facing problems in their camera system and with this latest monthly patch company is fixing that issues. 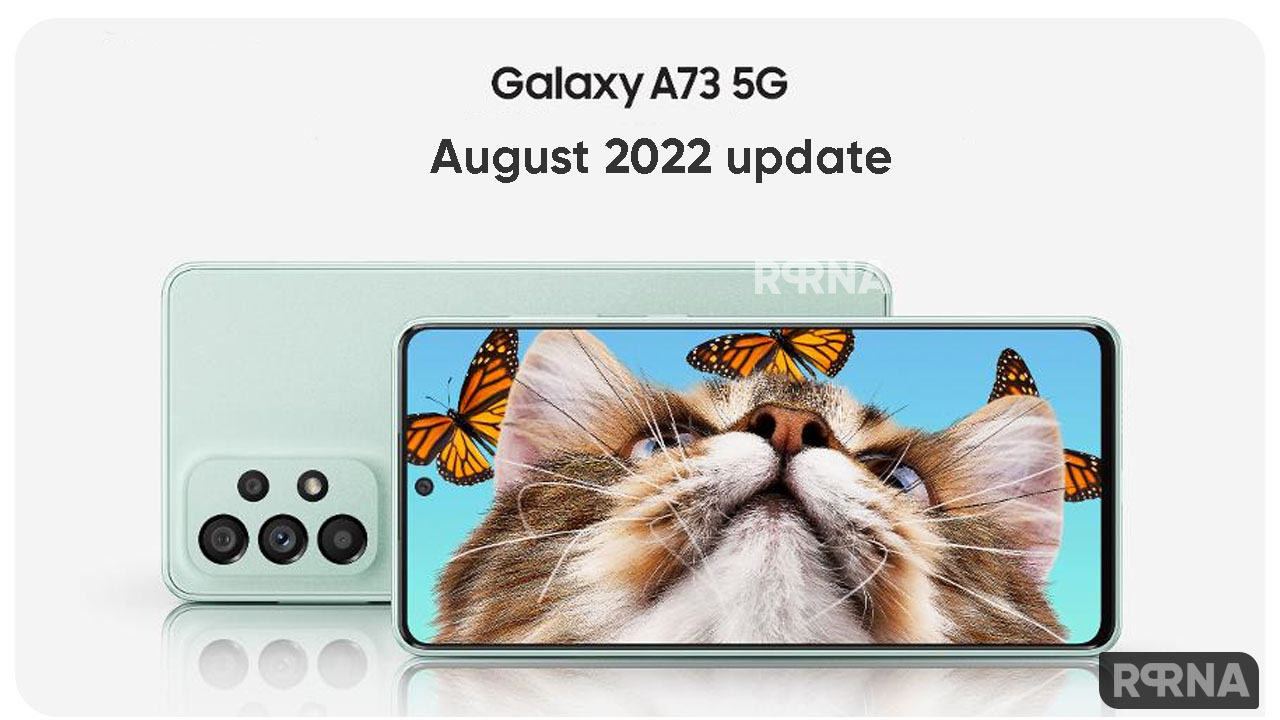 Other than these camera improvements the August 2022 security patch also obtains fixes for several bugs and issues in order to provide users a great performance. As per the security patch details, the update also brings fixes for over 31 vulnerabilities including CVEs and SVEs from Google and Samsung.

Furthermore, the August 2022 update will also acquire optimization for the wireless network connectivity that was appearing on your Galaxy A73 smartphone. So if you were facing any of the problems on your smartphone and residing in the above-mentioned countries, then be happy your problem has been fixed now.

We recommend you, download the update as soon as it appears on your phone’s screen. And of you do not get notified of the update and don’t want to wait for it, in this condition you can download it manually by following some simple steps.