Ahead of any official confirmation, another piece of information has been revealed about Samsung One UI 4.1.1 based on Android 12 on Internet v18 recent update. The Internet v18 update allows users to extract text from images.

According to the recent report by SammyFans, the Samsung Internet Developer has revealed that the Image Text Extraction feature requires One UI 4.1.1, and that is set to launch with the Galaxy Z Fold 4 and Flip 4 this August.

Previously, we have seen this on the One Hand Operation+ app update, and now this is another confirmation of the upcoming Android 12L-based One UI 4.1.1 release. Samsung’s new Internet browser text extraction feature shows that the company is speeding up on One UI 4.1.1 development, which will be packed with more new features than 4.1. 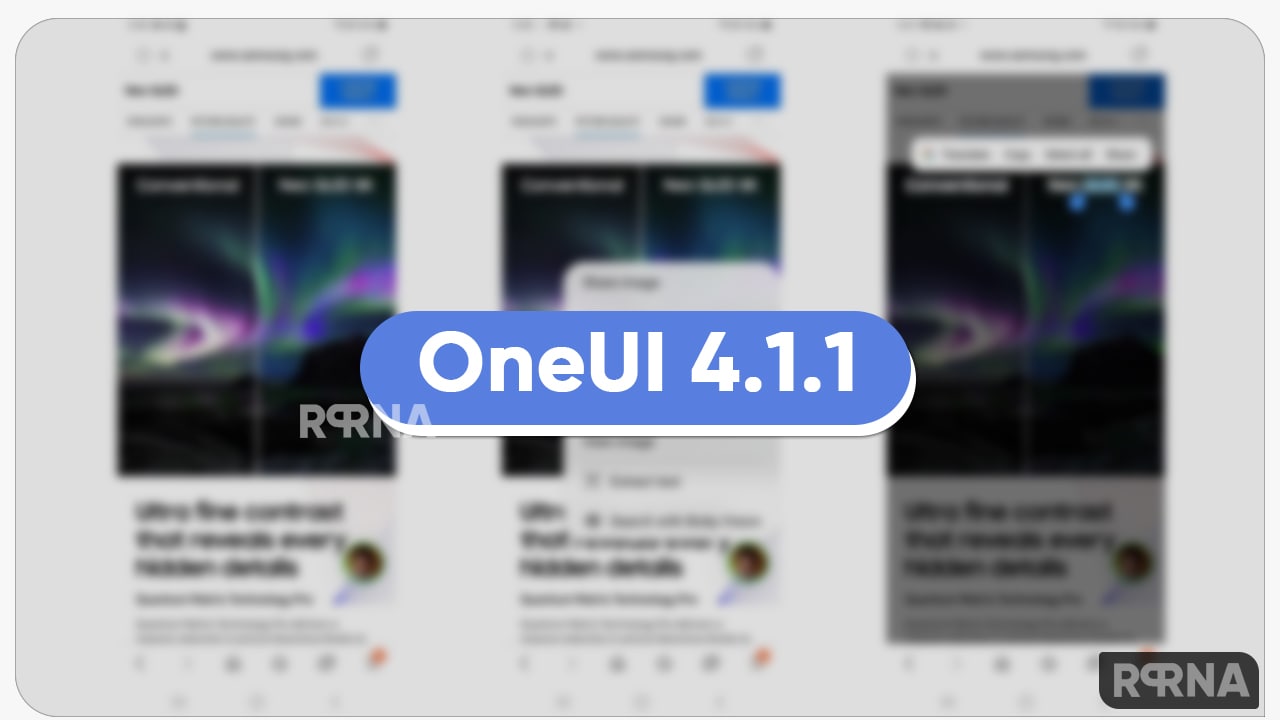 This update allows users to select, translate, copy and share text content from the image itself. Well, as per Samsung tradition, the upcoming One UI 4.1.1 release will also be based on Google’s Android 12 operating system. It should offer optimized features and improvements for the new foldable screen for a better user experience.

Currently, 4.1 is the latest version of Samsung’s custom Android 12 skin, while the first version was One UI 4.0. Ahead of the Android 13-based One UI 5 update, owners of flagship smartphones can get more system stability improvements with One UI 4.1.