As we know that Xiaomi officially announced to launch RedmiBook Pro in February. It will adopt new technologies which we can expect to be more interesting.

Now, the company has released a new promotional picture poster for its upcoming RedmiBook Pro laptop. The teaser picture shows a small part of the notebook.

The poster shows that the new RedmiBook Pro is equipped with a full-size keyboard that supports backlighting. 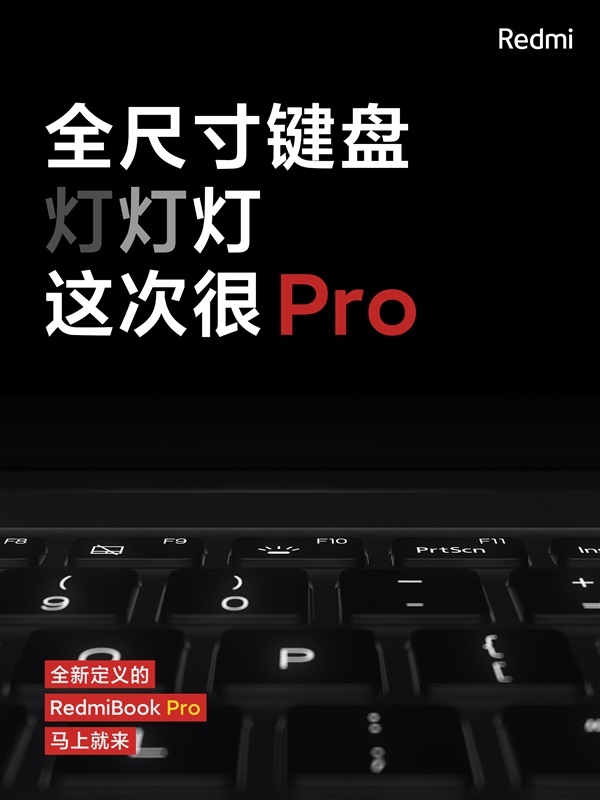 Apart from this, some recent posters of the company also revealed that the RedmiBook Pro will have a metal body and will be equipped with a webcam on its front.

According to the laptop’s specifications, the RedmiBook Pro will use the high-performance mobile version of Intel’s 11th-generation Core processor H35 processor with a 2K screen.

In addition, it will be equipped with NVMe solid-state hard drives and Type-C interfaces. It will support PD protocol charging, fingerprint unlocking, keyboard backlighting, and more.