Realme rolling out two new updates together for Realme 8 Pro smartphone users, which brings August 2022 and September 2022 security patches simultaneously. It will give your device an enhanced user experience and better performance than ever.

The Realme 8 Pro users were waiting for the new update for a long time as they have not gained any update since last month. Now, it’s time to be happy because the company has not dropped any-month patch, you will get improvements of both months together.

The great August and September 2022 Android security patch update comes with the UI version number RMX3081_11.C.21, and bring lots of modifications and optimizations in the running and working of your Realme 8 Pro devices. 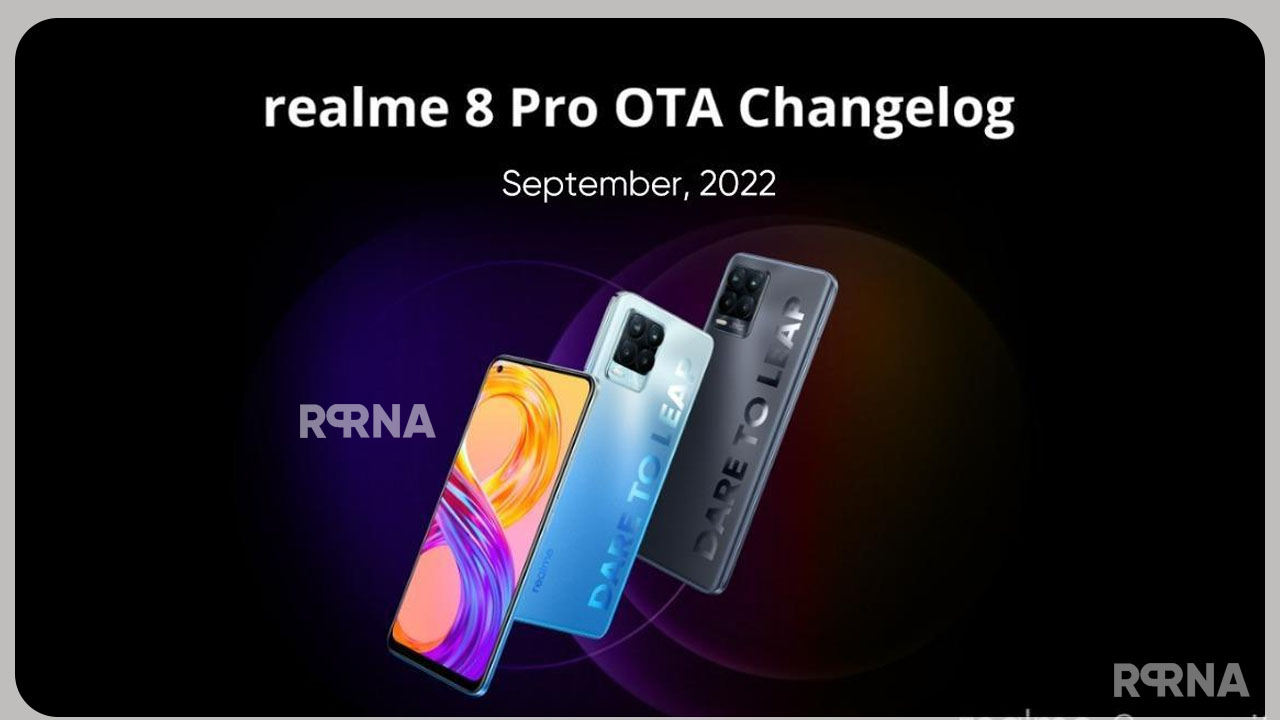 By looking at the changelog we found that the update doesn’t have any major changes or new features, but it integrates August and September months improvements together in a single security patch, to offer a remarkable performance of the smartphone.

● Improves system performance in some scenarios.

Notably, the update has taken a phased rollout form to get expand and it’s releasing slowly for users, after analyzing the stability, it will have a broader rollout. Till then you can check the update status manually if it reached your device or not.

Realme running it’s Android 13 based Realme UI 4.0 beta for eligible devices, which brings lots of new features, optimizations, and much more to your device. And the company has also shared the official roadmap for the devices receiving this major update.  Luckily, the Realme 8 Pro smartphone users will obtain this significant update at the start of the year 2023.