We are getting closer to the official launch of the next Google Pixel lineup and the officials also started to open up about the flagships. Google has officially announced that pre-orders for Google Pixel 7 and Pixel 7 Pro will start from October 6.

A video is coming out that basically shows you the reactions of people. Also, the fans are glad to see the next Pixel phones.

Just so you know, as Google has always been doing, this time also it will start pre-orders for the Pixel 7 and Pixel 7 Pro smartphones on the day of the launch event itself.

The company will unveil many other products with the Pixel 7 series. It will include the Pixel Watch and the Nest Smart home portfolio.

Google will release two models- the Pixel 7 and the Pixel 7 Pro. Both models are packed with the latest technology and amazing features. Although the pictures of the phone confirm that the design is quite similar to its predecessor, both smartphones will have some alterations.

Finally, Google paved the way for these flagship products and shared a video on Made by Google that clearly shows the Pixel 7 and 7 Pro will be open for pre-orders on October 6.

All the Google fans who are willing to get their hands on the phones at the earliest can pre-order it on October 6. 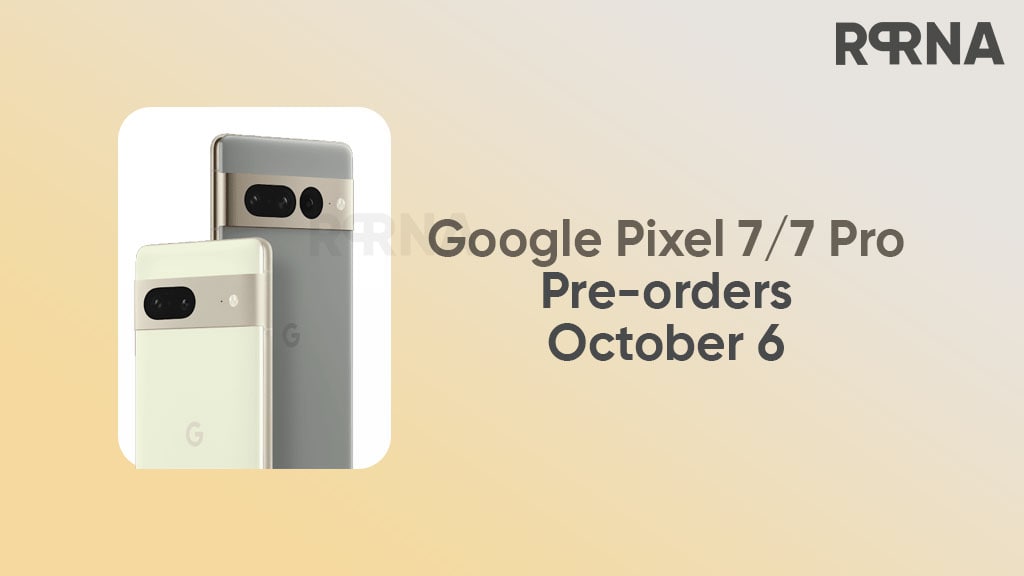