According to data from Strategy Analytics, shipments in the global tablet market in the third quarter of 2022 fell by 16% to 38.2 million units. Among them, Samsung and Amazon ranked at the top with even lower declines.

Samsung tablet Q3 shipments of 7.2 million units were better than expected, down only 4% year-on-year; Amazon also fared relatively well, with shipments down just 5% to 370 due to Prime Day promotions and a refreshed 7-inch product mix. 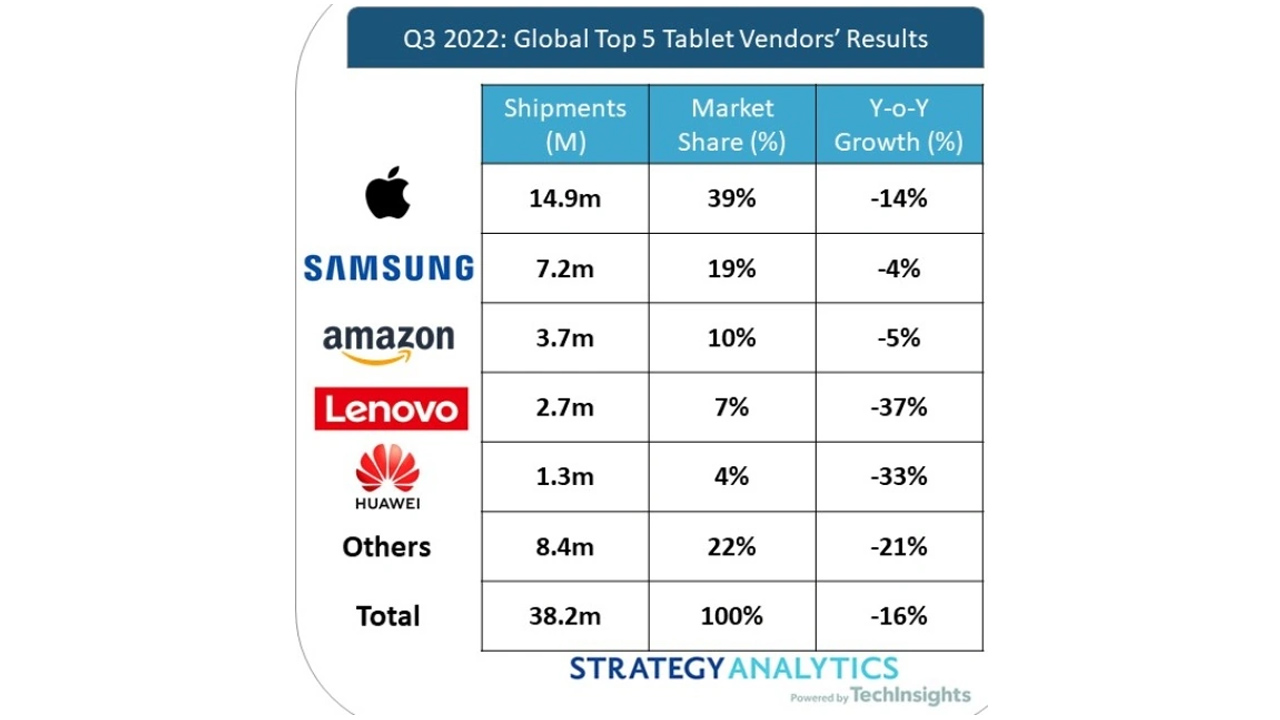 Although Huawei’s shipments fell by 33% year-on-year, its market share was still in the top five in the tablet market, with 1.3 million units shipped in the third quarter.