It seems that Apple is planning to introduce its future iPhones without charging ports as the company has filed a new patent with the US Patent and Trademark Office regarding a new kind of charging technology. The patent reveals that the new connector is designed to enhance the water-resistance capabilities of the iPhone.

This indicates that the company has been doing lots of research to attain the possibility of replacing or removing the lightning port from the iPhone. The charger or electrical connector has a point which includes an altered architecture that is magnetically actuated by magnets associated with an electric lead, connecting electronic devices.

We can compare this patent with last year’s Magsafe for iPhone, which is a new magnetic connector based on the Qi standard that can be attached to the back of the phone for charging purposes. The rumors also suggest that the upcoming iPhones may not have a lightning port.

Now the users have only one option to use MagSafe as an alternative. Analyst Ming-Chi Kuo said, “Apple will keep the lightning port for another year” on iPhone 13 models, which means that the company has planned in the future that they are going to launch the portless iPhones. 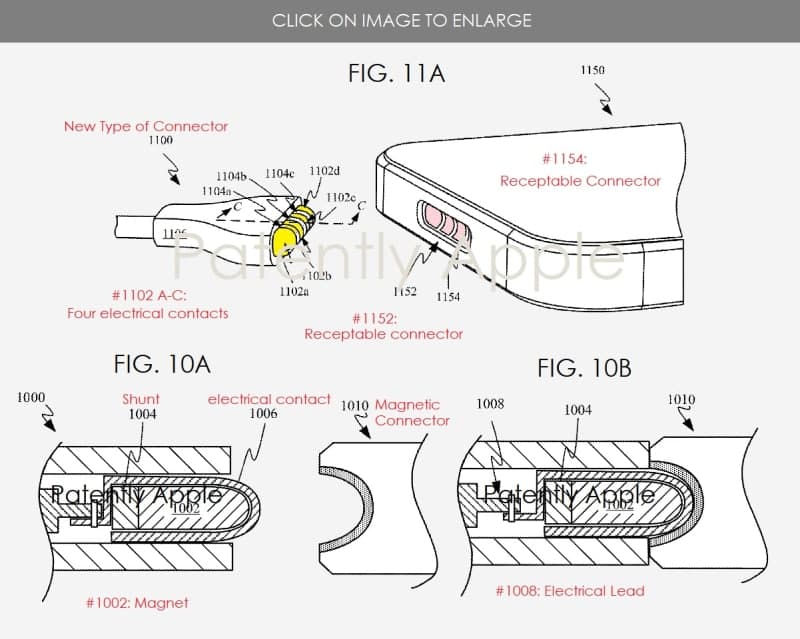 We want to know your views, which charger would you like to prefer, either a magnetic charger or a MagSafe charger in terms of convenience and compatibility. Please mention your feedback in the comments below.

Apple could launch new colorful iMacs at the...