A batch of new MSI graphics cards is being shipped to Los Angeles, one of which is the unreleased RTX 3080Ti. As shown in the picture above, the model of MSI’s graphics card is GeForce RTX 3080 Ti Ventus 3X 12GOC.

This also confirms that this graphics card will be equipped with 12 GB of video memory instead of the initially rumored 20GB. It is worth mentioning that Radeon RX 580 and GeForce GT 710 were also shipped to Los Angeles along with the RTX 3080 Ti.

Nvidia will launch this graphics card in the near future. RTX 3080 Ti will use GA102-225 GPU with 10240 CUDA core. The video memory is half of RTX 3090, which is 12GB of GDDR6X video memory. The RTX 3080 Ti is expected to be released in May, but Nvidia has not yet confirmed specific release date. 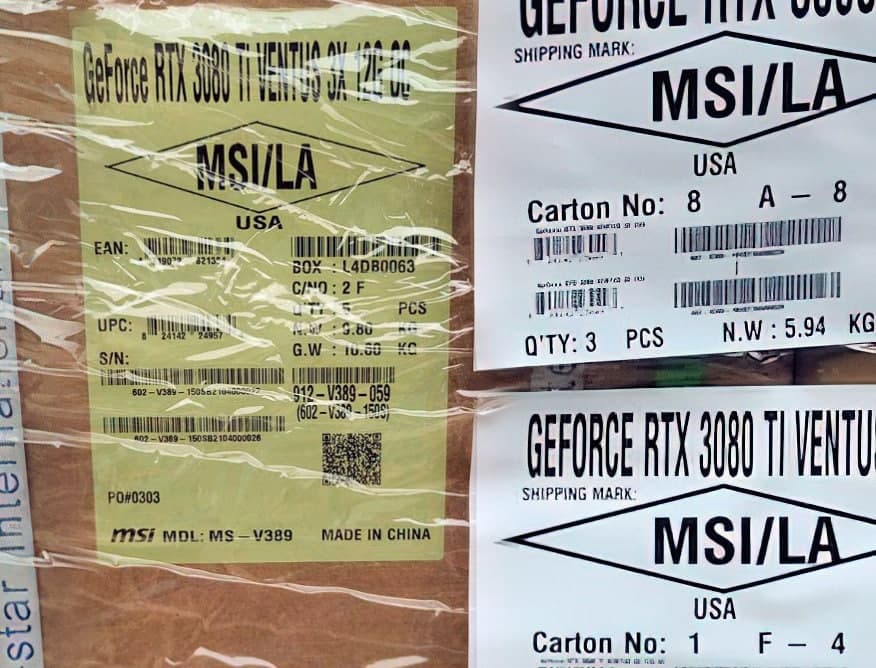