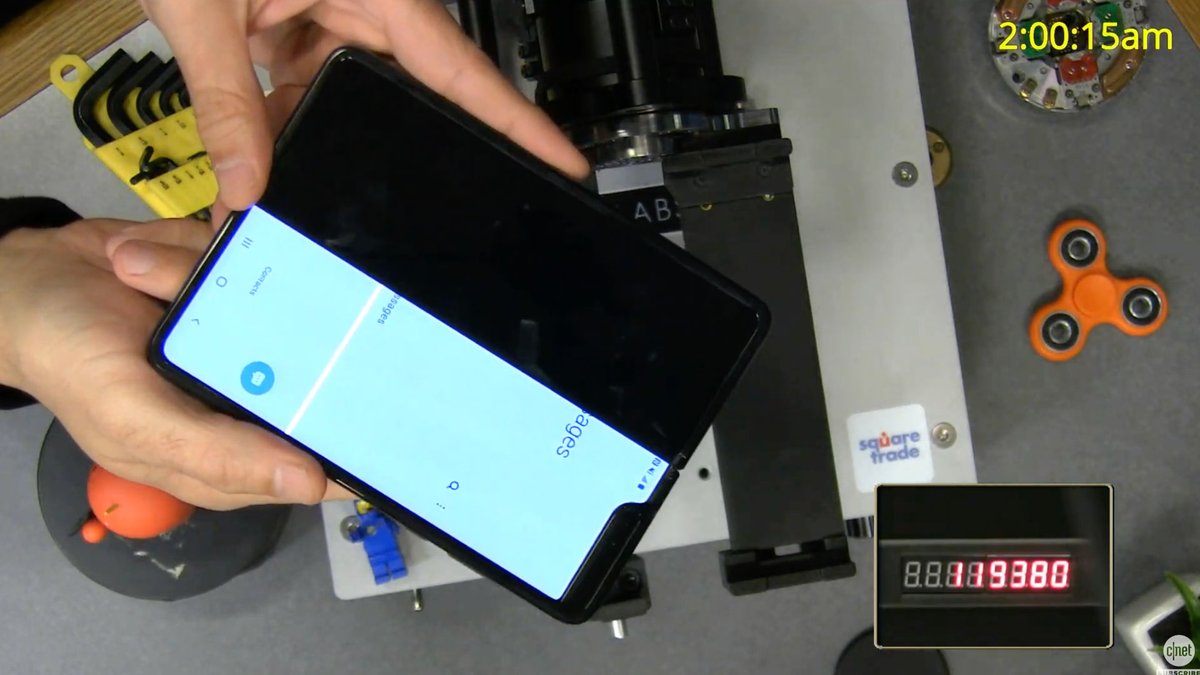 119,380 folds in, we've lost half of the screen and the hinge has lots its satisfying snappiness. Keep watching here: https://t.co/VupObDxttw pic.twitter.com/Z627VRfpWR

At the beginning of the test, the device did very well in the first 40,000 folds, or you can say the equivalent of one year of usage.

To be more correct, this test is not performed by any human, we can not compare human and robot with this folding method. I and anyone will not perform this task as fast as the robot did in above video.
Additionally, the robot seems to use more power than a human hand. All we can say about the test is Samsung did very fantastic work on the latest tech.
We can say Samsung Galaxy Fold can survive the toughest folding test by any human alive. Below you can see the more gentle test by Robot where the Galaxy Fold can stand up to 200,000 folds.