About a week ago, Samsung silently listed the Galaxy S20 FE LTE with Snapdragon 865 processor on its German website. Now that the company has officially launched the device in Vietnam, it can now be purchased in two color options-navy blue and mint green through the Samsung store.

Although this new Galaxy S20 FE has 4G connectivity, it is powered by Qualcomm’s Snapdragon 865 chipset to provide a better performance, longer battery life, and more. The company offers this phone with 256GB of RAM in Vietnam for 15,490,200 VND (US$672), which is US$20 cheaper than the Exynos-based 128GB version.

After Germany, Samsung launched the Snapdragon-based Galaxy S20 FE LTE in Vietnam, which hints that it will be used in more markets in the next few days or weeks. Whenever new information appears, we will notify you in time. 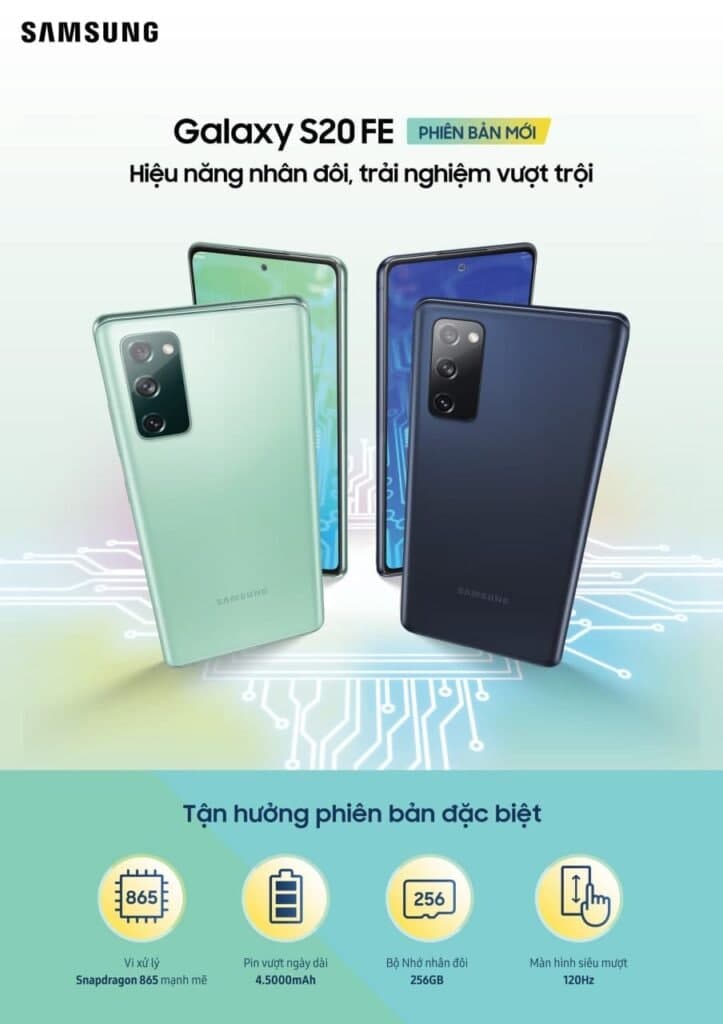 iOS 14.5 Tips and Tricks: Here’s how to pin messages conversations in iPhone 12