Now, Xiaomi phone with model number M2007J22G has benchmarked on the Geekbench with Android 10, Mediatek Dimensity 800U, and allegedly identified as Redmi Note 9T 5G.

The phone equips with an octa-core processor based at 2.00Ghz, and the processor codename is ARM MT6853, which is the Mediatek Dimensity 800U.

According to the test results, the smartphone has scored 598 in the single-core and 1760 in the multi-core test. It is also listed with 4GB of RAM in terms of memory configuration. Redmi Note 9T is expected to launch in January 2021. 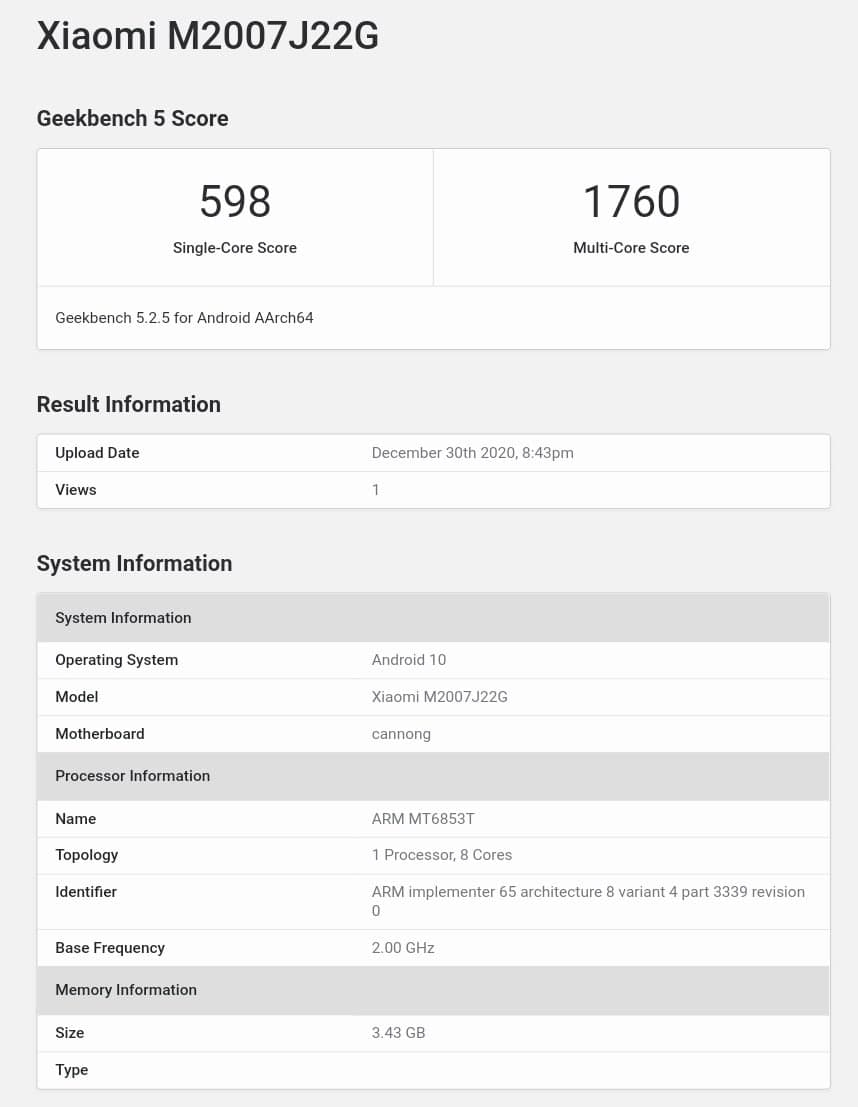 Earlier, we’ve reported that a Redmi device with an M2007J22G model number appears on the TÜV certification website. However, the smartphone has also got Malaysia’s SIRIM certification. So, the device should be launch in several regions across the world.

As per the device share model number, Redmi Note 9T comes with a 6.53-inch FHD+ LCD display with a top-left punch-hole. Also, it could be powered by a Dimensity 800U chipset paired with LPPDR4x RAM and UFS 2.1 storage.

On the backside, it may have the same circular camera layout as the Note 9 Pro 5G in China. Although it will have three sensors that are of 48MP main, 8MP ultra-wide, and 2MP sensor.

Moreover, it will sport a 5,000mAh battery along with a 22.5W fast charging. It will also include some other features like SA / NSA 5G, Wi-Fi, Bluetooth, GPS, GLONASS, microSD slot, and more.

The company has not yet given any official announcement about the smartphone. So let’s wait for the official teasers for further details.

[UPDATED: Rolling out] Stable Android 11-based One UI 3.0 coming soon to the Galaxy Note 10 and Galaxy S10 series