‘Among Us’ becomes the most downloaded mobile game in 2020 globally

According to an analysis firm Apptopia, “Among Us” has become the world’s most downloaded mobile game. Surpassing other popular games like “PUBG Mobile“, Among Us has been downloaded 264 million times globally.

Launched in 2018, “Among Us” did not become popular until last year. It is an online multiplayer reasoning game that became a popular game due to the Covid-19 pandemic. 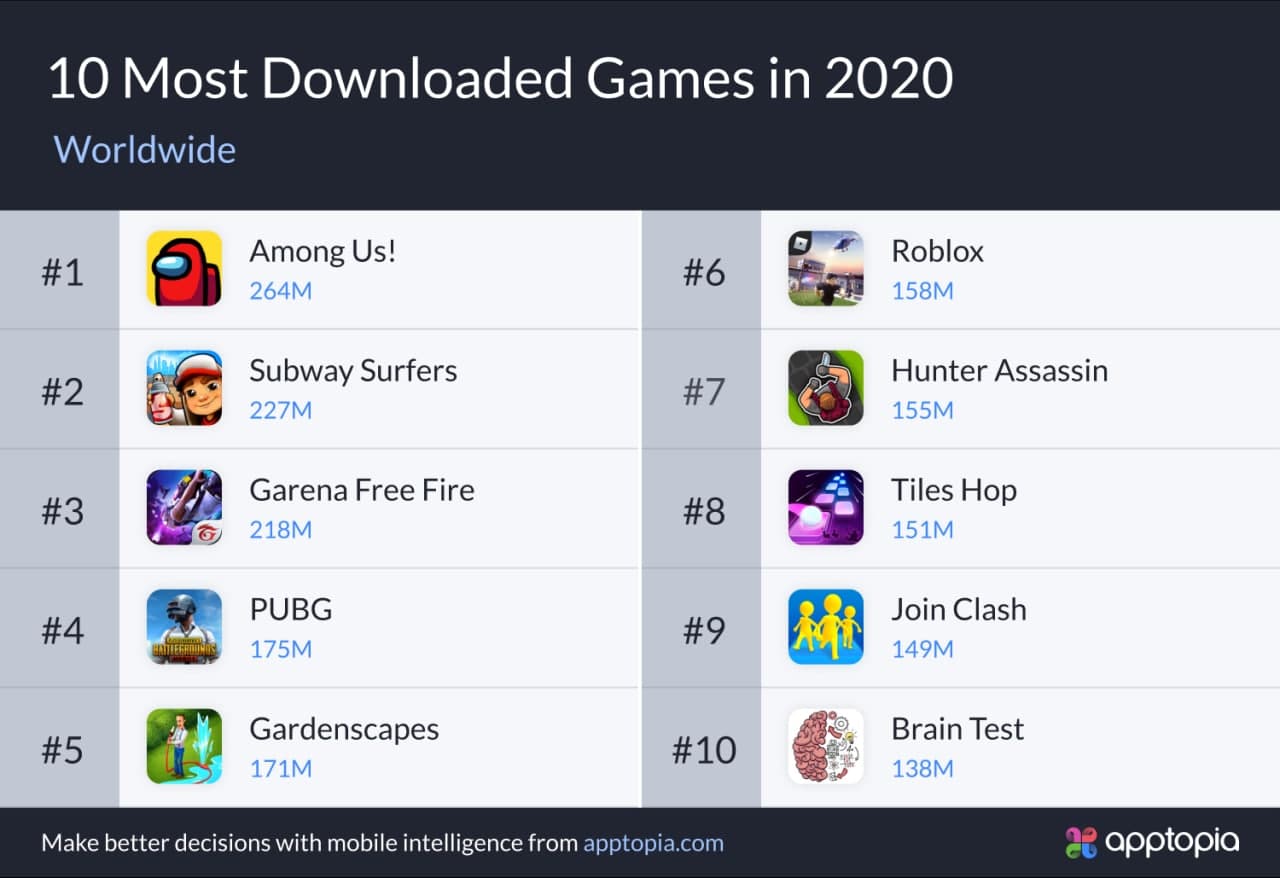 As per the reports, around 500 million peoples played Among Us, which can be played on mobile, Nintendo Switch, and PC. Besides, it is also planned to be released on Xbox One, Xbox Series S, and Xbox Series X in the coming future.

On the other hand, WhatsApp continues to be the dominant global messaging tool of choice. In the US, Microsoft Teams make the top list but not Slack. Houseparty, which was acquired by Epic Games (maker of Fortnite), just sneaks onto the US list.

League of Legends to bring these changes in...

FAU-G Mobile game will soon get its first...