Canalys also revealed a list of the top 10 best-selling smartphones during the third quarter of the year. Samsung took five spots in the top ten list in Q3 2020, Xiaomi had 3, while Apple secured 2 spots.

Apple’s iPhone 11 was the best selling smartphone globally in the Q3 2020. Apple’s iPhone SE 2020 with more than 10 million shipments was at the second spot. 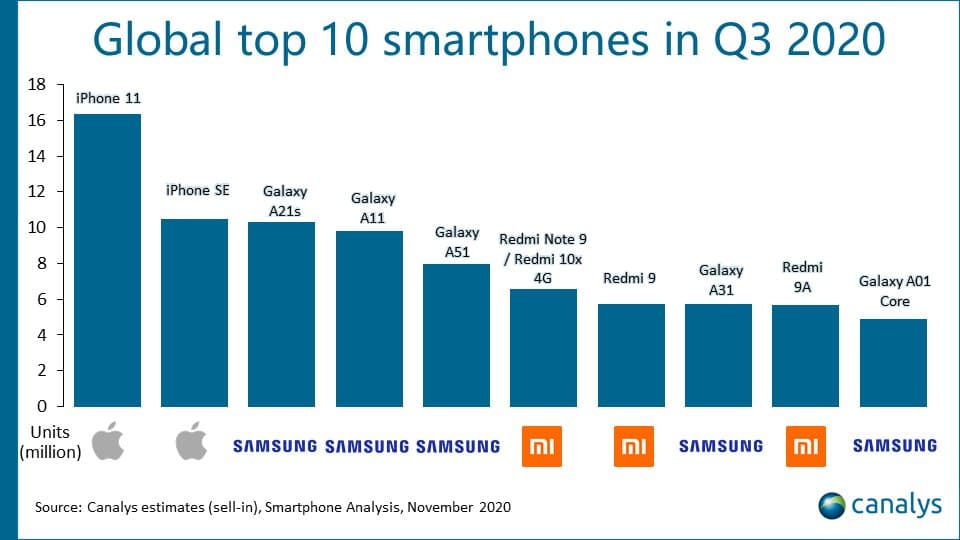 About Android, Samsung’s Galaxy A21s was the best selling Android smartphone, ranked third in the top 10 list. The entry-level Samsung Galaxy A11 in fourth place and the mid-range Samsung Galaxy A51 on fifth position.

#Samsung took five spots in the world's top 10 shipping smartphones in Q3 2020, driven by its Galaxy A series portfolio. The vendor regained the No.1 position globally with shipments increased by 2% y-o-y. Read our Q3 2020 smartphone market report at https://t.co/3dQ7dSiY1a pic.twitter.com/86XPCZC7uJ

Discord seeking for an IPO after rejecting $12...