According to the latest information, an unreleased Xiaomi smartphone with model number M2101K6G has passed the FCC certification, alleged to be Redmi Note 10 Pro. 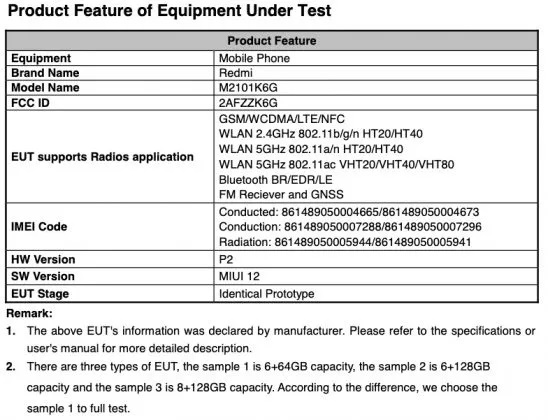 Moreover, the smartphone has also appeared on the CEIR IMEI website of C-DOT, a government of India agency, indicating that the Redmi Note 10 Pro to be released in India in the future.

However, the FCC listing doesn’t provide information about the 5G frequency band of the Redmi Note 10 Pro. It is still unclear whether the device supports 5G or not.

[Update: Re-released] Xiaomi Mi A3 gets stable Android 11 update but don’t install it