Alongside 116 brand new emojis, this update includes a sizable number of design changes, with many of these being new gender-neutral designs for previously-released people emojis.

Samsung is the only Android company to ship phones using its own custom emoji font that differs from the emoji set provided by Google. Other Android phones are still using emojis from Google unless the phone is a Samsung.

Samsung emojis are glossier and sometimes more detailed than those from Google. Some apps have their own custom emoji designs, including Facebook, Twitter, and WhatsApp. 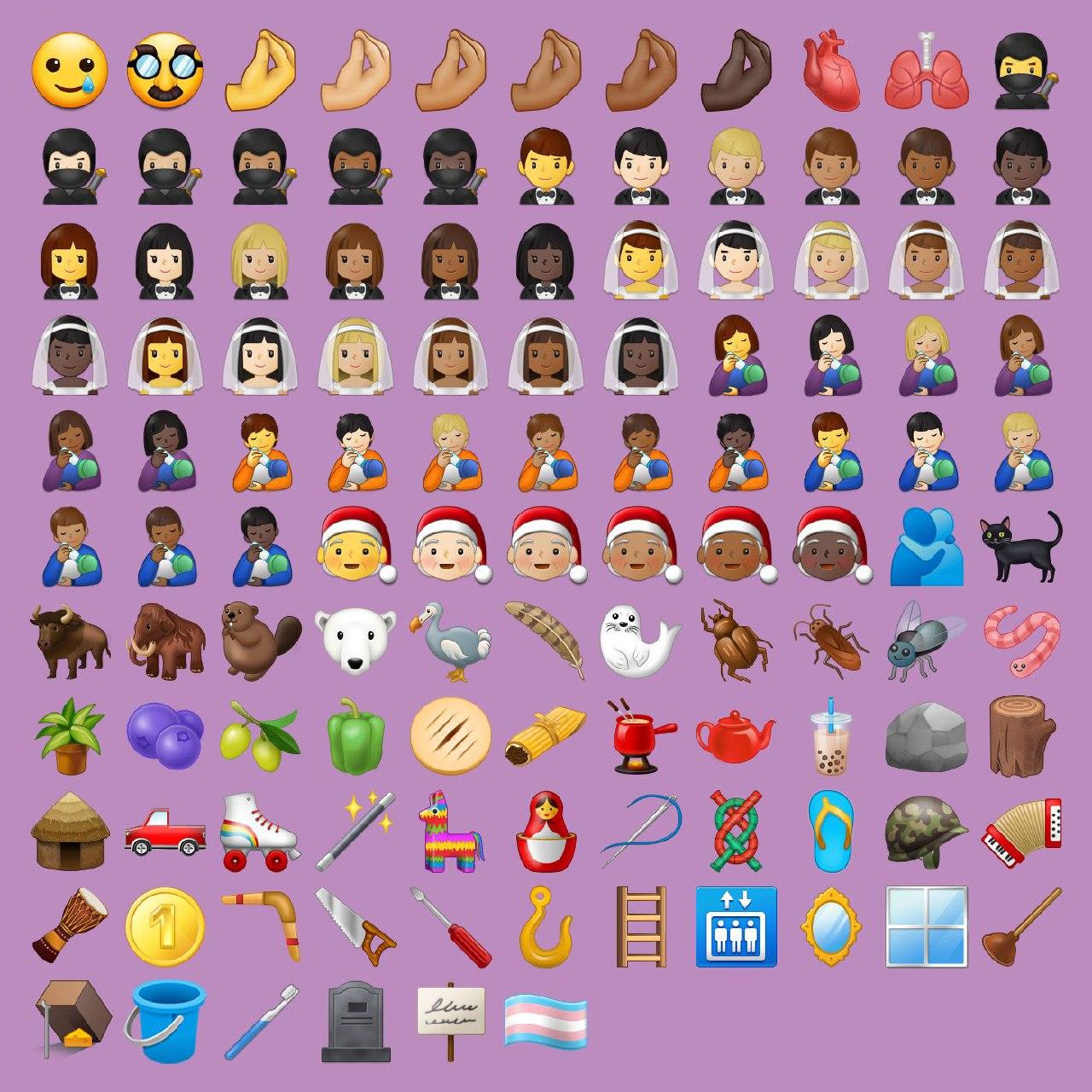 A significant proportion of these changes are due to gender-inclusive designs being used where emojis don’t specify a gender. Previous Samsung One UI versions displayed non-gender-specifying using either the 👨 Man or (more often than not) the 👩 Woman variant.

Following this update, Samsung’s human emojis follow the same gender-based color pattern as Google and Twitter: purple for the 👩 Woman, orange for gender-neutral 🧑 Person, and blue for the 👨 Man emojis.

There are eight new people emojis introduced in this update, all with skin tone support bar the abstracted People Hugging (as per Unicode’s recommendation). Check the image on Emojipedia.

There are 12 new animal emojis in One UI 2.5, including the ZWJ sequence 🐈‍⬛ Black Cat and 🐻‍❄️ Polar Bear emojis. Check the image on Emojipedia.

There are eight new food and drink emojis, including the popular Bubble Tea emoji. Check the image on Emojipedia.

The remaining new emojis included in One UI 2.5 can be placed within the broad categories of nature, objects, and symbols. Amongst these are a Piñata, a Boomerang, and the 🏳️‍⚧️ Transgender Flag

🤣 Rolling on the Floor Laughing has a bigger open-mouthed smile and larger tears of joy.

🤤 Drooling Face has had the placement of its eyes and eyebrows modified.

🧐 Face with Monocle now has its mouth slightly open and has thicker eyebrows contorted in a new fashion.

😵 Dizzy Face has had its eyebrows inverted, with its X-shaped eyes now closer together.

😖 Confounded Face has had its pained mouth and eyes more closely crunched together.

👰 Person With Veil has a new gender-inclusive appearance, making way for the new gender-specific options in this release.

🤵 Person in Tuxedo has a new gender-inclusive appearance, making way for the new gender-specific options in this release.

🦸‍♀️ Woman Superhero’s costume now has a purple cape and mask, echoing the purple used for other 👩 Woman emojis within the set.

💑 Couple with Heart now displays two gender-neutral people instead of a 👩 Woman and 👨 Man.

All 116 new emoji designs are accessible via the latest version of the Samsung emoji keyboard. When using the Samsung emoji keyboard, all three gender options are displayed upfront in the keyboard for all people emojis. This is distinct from the Google Gboard keyboard, where only the gender-neutral designs are shown initially and gender-specific variants can be accessed by pressing and holding down on a specific gender-neutral emoji. Check the image on Emojipedia.

Users are also able to access skin tone variants of 🤝 Handshake and the three versions of 👯 People with Bunny Ears. These skin tone options are not currently recommended for general Interchange (RGI) by Unicode. Check on Emojipedia.

There is an issue with the 👪 Family emoji, however. Despite the 👪 Family design being updated to display gender-neutral individuals, the non-RGI skin tone modifier versions of this emoji were not updated in the same way.