Going by the new information from the Samsung Beta operation manager, the third One UI 5.0 Beta development has reached the final stage. The in-charge further said that Samsung will release the One UI 5.0 Beta to Galaxy devices very soon.

Earlier, it was reported that some One UI 5.0 Beta testers are facing problems with the fluency and perfection of system animations after installing the second builds. However, the company is working to resolve this issue, and possibly that is the reason behind the One UI 5.0 Beta 3 delay.

Moving ahead, there is a high chance that Samsung will release the third One UI 5.0 beta update this week. Alongside Galaxy S22 and Galaxy S21 series phones, the update might expand to other eligible Galaxy devices before the stable release. 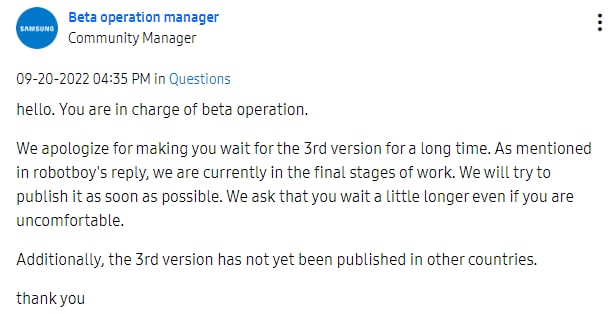 Samsung has announced to unveil the One UI 5.0 stable version at Samsung Developer Conference, which is scheduled for October 12. Possibly, the stable update will start rolling out to Galaxy devices on the same day.

Obviously, the Samsung Galaxy S22 series phones will be the first to install the stable Android 13-based One UI 5.0 update. Later, it will expand to other flagship devices of the Galaxy S series, Z series, and Note series. 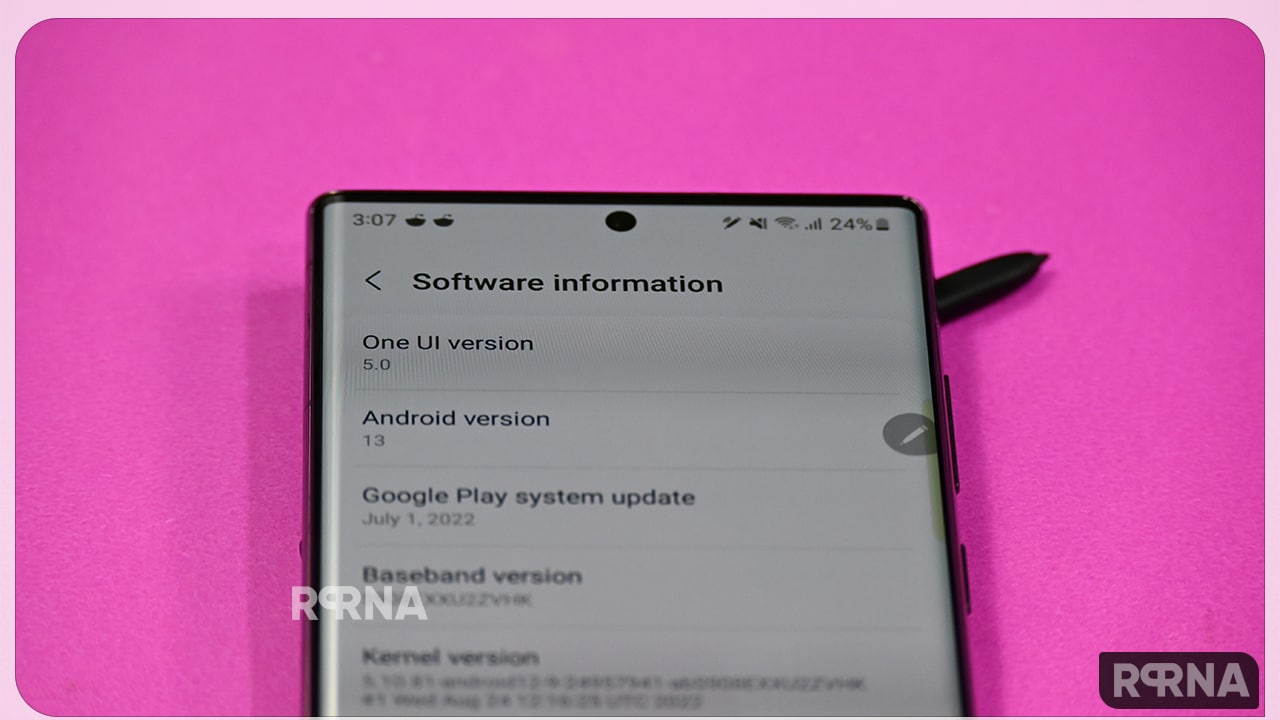