Apple iOS 16: How to use smart Dictation and keyboard together?

Apple’s upcoming iOS 16 update may be released to the public in September, but it is currently available for the public beta testers. Apple iOS 16 brings many major improvements to its function and application, one of them being the Dictation feature.

Apple iOS 16 brings with it a better dictation experience, now this feature allows you to use smart Dictation and keyboard together. This feature runs seamlessly between voice and touch to enter text. Now you can edit your text in the text field by moving the cursor and inserting QuickType suggestions, without needing to stop the Dictation feature.

Moreover, this feature now comes with automatic punctuation and says it with emojis. You can also insert emoji with your voice. For example, if you want to insert a Grinning face emoji in your text then you can vocally say “Grinning face emoji”. 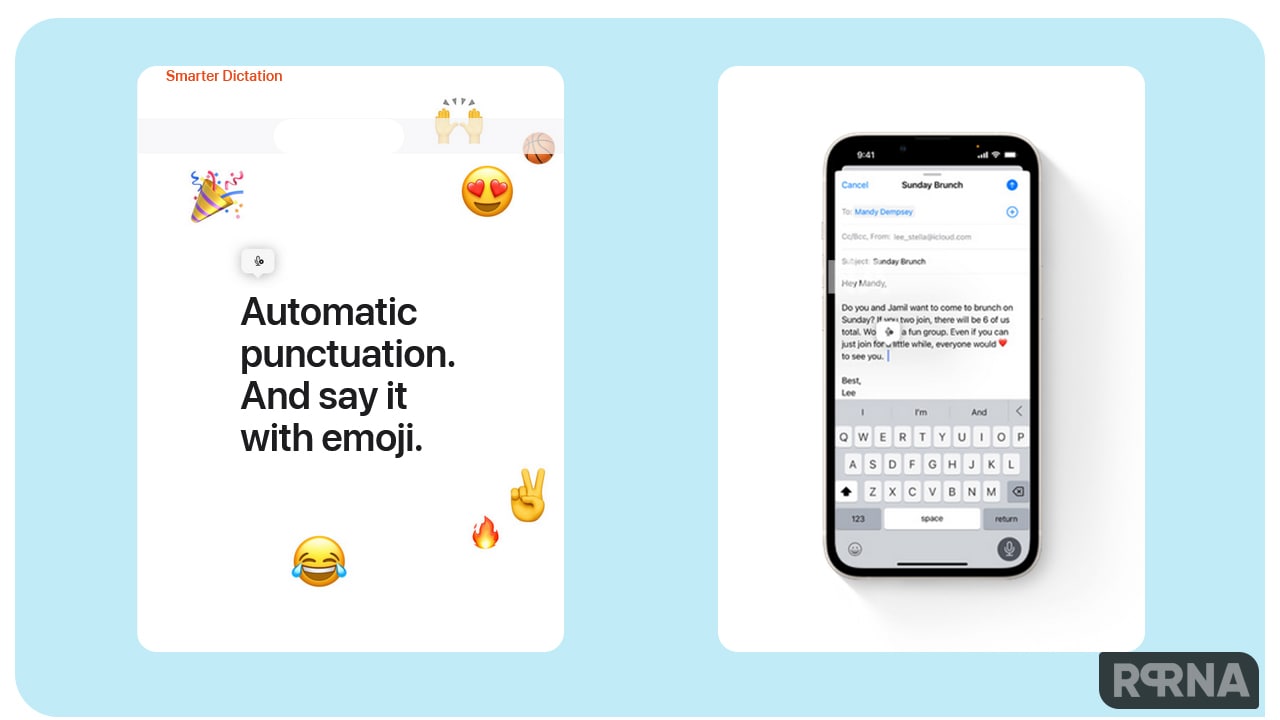 How to use Dictation and keyboard together?

To use this feature users have to open any messaging app like iMessage then tap on the Speaker icon at the right bottom of the keyboard, then speak. And type manually through the Keyboard. Also, Move homogeneously between voice and touch to enter text. Type with the keyboard, click on the text field and move the cursor, and insert Quick Type suggestions, all without needing to stop dictation

How to Turn on Dictation:

Open the Settings app on your phone, scroll up to the General option, and tap on it, here you will find the Keyboard, and tap on it. Now, turn on Enable Dictation, and it’s done.