Samsung Galaxy S22 series has started receiving its 3rd software update that installs the August 2022 Android security patch. The Galaxy S22, Galaxy S22+, and Galaxy S22 Ultra were among the first Galaxy phones to receive the August 2022 patch that was released in late July.

Now the month September has started while the company is still proving the last month’s security patch to its high-end phones. The customers are waiting for September 2022 Android security patch update and the changes it will bring.

The reason why Samsung is still providing the August patch and not this month’s update is not cleared. Maybe, Galaxy S22 devices have some issues that the company is taking time to fix and is planning to release them with the September patch. The release of One 5.0 beta and stable One UI 4.1.1 could also be the reason behind this.

Anyway, Samsung is rolling out the 3rd Galaxy S22 August 2022 security patch update in Germany, Europe at the time. And you can identify it through the One UI build version S901BXXU2AVH9, S906BXXU2AVH9, and S908BXXU2AVH9 for S22, S22+, and S22 Ultra respectively. 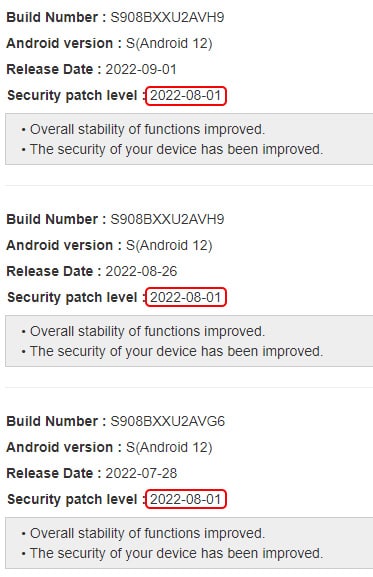 While considering the changelog, there’s nothing major that is mentioned in it. This update only brings improvements to the system security to keep your private files safe and enhances system stability so you won’t face any problems like app crashing or lagging.

It’s worth mentioning that despite the One UI 5.0 Beta, Samsung has started rolling out the One UI 4.1.1 update for the Galaxy S22 series users in the US. Obviously, only non-bets testers can install this update.

Well, the One UI 4.1.1 does not bring so many features to the devices. Some noticeable features include a Multi-View window, edit file name after sharing feature, and new PENUP improvements. 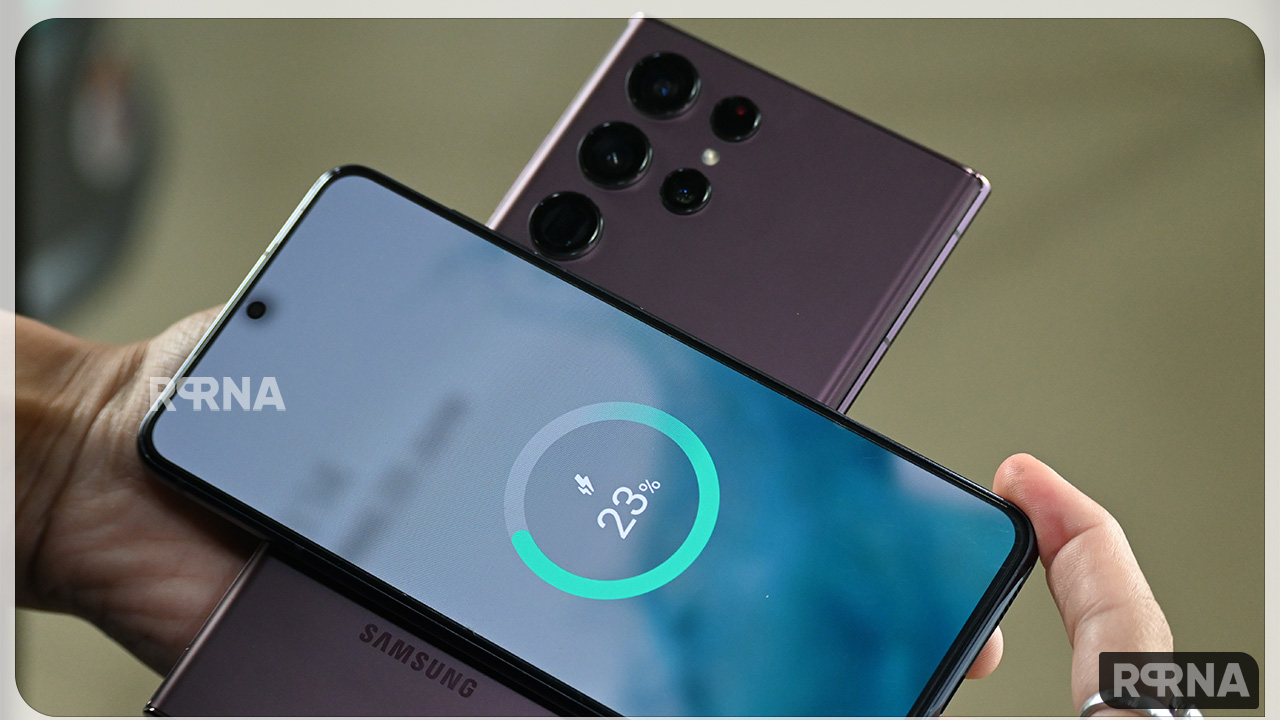 As mentioned, the update is only released in Germany at the time, however, will soon reach other users. If you haven’t yet received the update notification, you can go to Settings >> Software update >> Download and install section to download it.