Call of Duty: These are the six new guns in upcoming Black Ops Cold War and Warzone Season 2

This upcoming update will provide new fixes and improvements to Zombies, League Play, and Express in MP, as well as a new quality of life UI additions for living standards.

However, this Season 2 will also release six new weapons for Black Ops Cold War and Warzone just by playing the game. 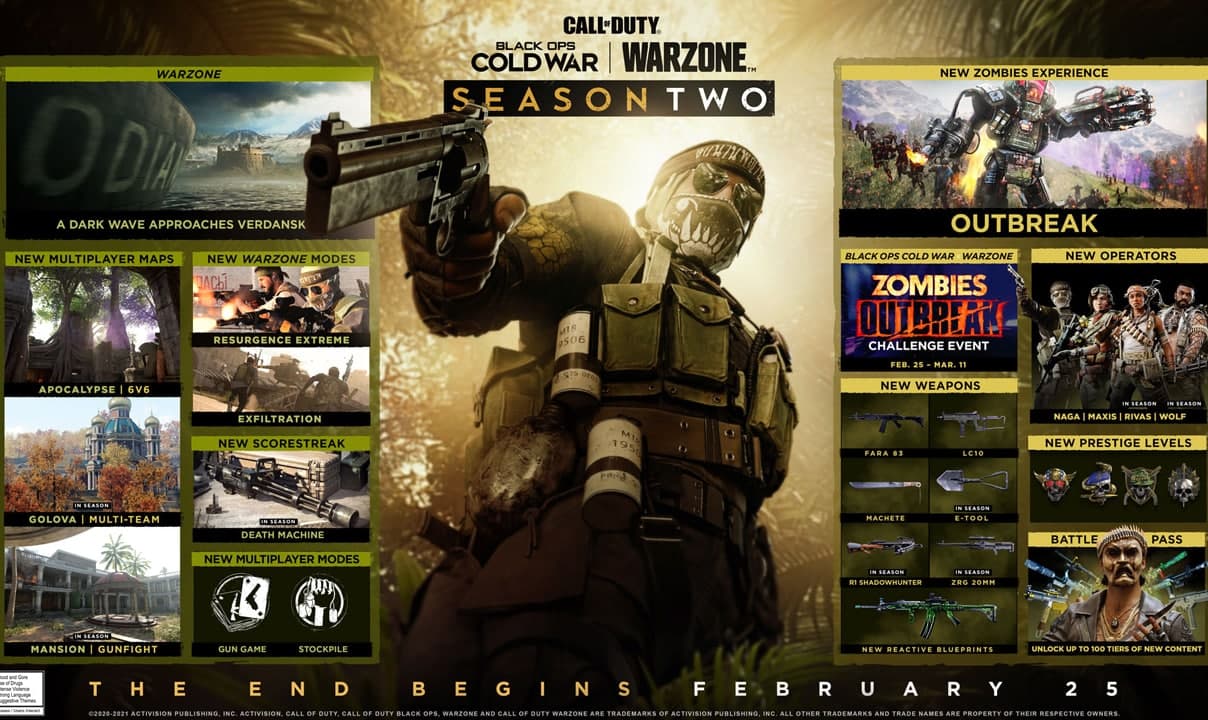 This fully-automatic assault rifle is a heavyweight among its peers, as it claims one of the fastest fire rates in its class and outstanding effective range for solid damage. In the hands of a capable Operator, the FARA 83 can be a true force in crushing the opposition.

A well-rounded full-auto submachine gun, the LC10 grants CQB Operators the ability to stretch fights out into the mid-range on a smaller, agile weapon platform thanks to its solid accuracy and extended effective damage range. Although its damage per shot is on the lower end of the SMG spectrum, its above-average fire rate and lower recoil can prove to be a deadly combination.

Manufactured from a durable steel blade, the Machete is a broad foot-long blade tempered to maximum toughness in order to withstand chipping and breaking. It is widely used in tropical countries as both a weapon and an agricultural tool and is the preferred melee weapon of choice for Naga in stealth and close-quarters engagements.

Put your enemy six feet under with the E-Tool, a military-style tri-fold shovel typically used to dig a defensive fighting position. Recently modernized for the wars of the late 20th century, the E-Tool is considered the standard issue for soldiers around the world for its utility. But as a Secondary Weapon, is just as effective as an ancillary weapon in extremely close quarters.

This crossbow’s simple and lightweight design allows for great handling and quieter eliminations. If an Operator doesn’t prefer its iron sights, they can still shoot accurately from the hip in close quarters or opt to attach one of several Optics. Happy hunting.

Built for sharpshooters who need the power to eliminate targets at extremely long ranges, this bolt-action sniper rifle boasts a faster bullet velocity than any other weapon in its class, as well as the ability to eliminate Operators with a single shot to the head, chest, or shoulders in exchange for a slower fire rate. Its reload speeds are among the fastest in the category, allowing snipers to quickly change out magazines when faced with multiple hostile forces.