Apple is busy these days trying different ways and methods to integrate a camera system into the Apple Watch. A newly discovered patent throws light over the company’s new idea of implementing a camera into the digital crown of the watch. Hence, users would be able to capture pictures by pointing the crown toward the object.

The patent further describes that Apple Watch users would be able to use the camera by even detaching the watch from the band. Consequently, users can perform both actions. Either they can point the digital crown toward the object for clicking the snap. Or, could remove the watch if the digital crown points inward. 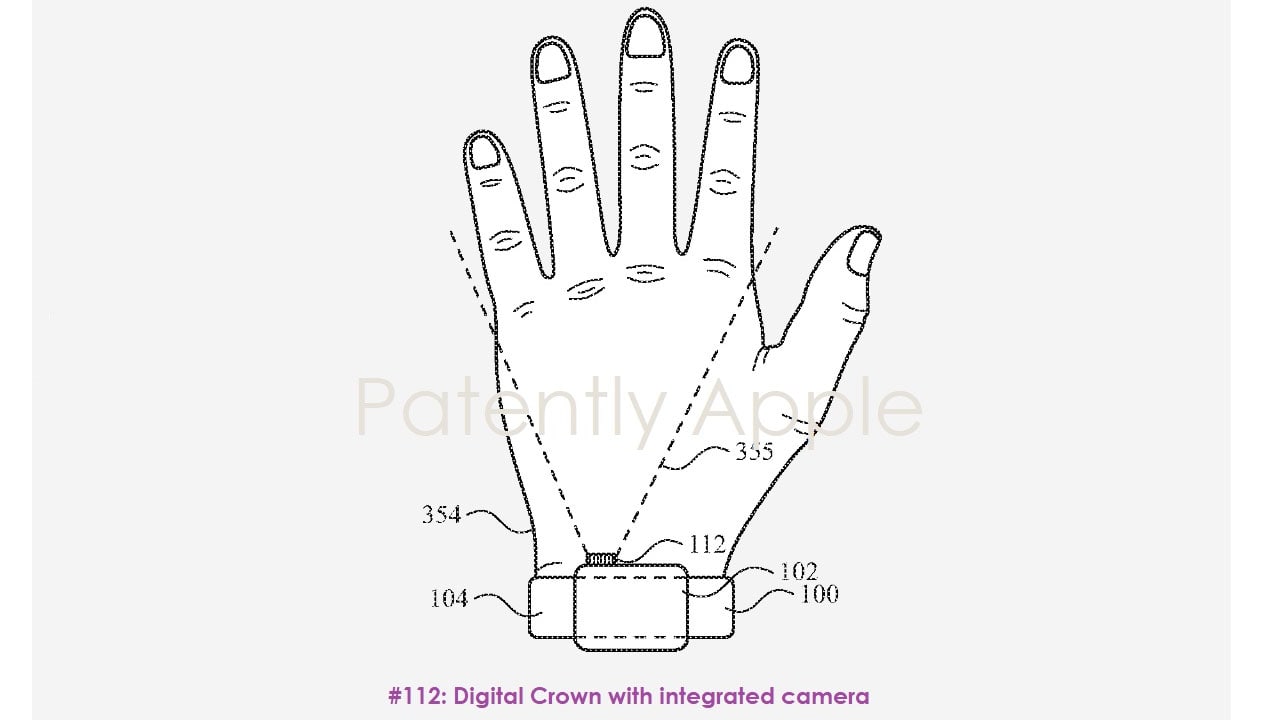 Besides, the patent reveals the mechanism of the smartwatch and how a user would be able to take the image in both scenarios. Moreover, it also describes some other additions that help the user to remove the watch from the wristband. Alongside, the patent also showcases the functionality where the camera sensor will also include a light emitter.

Accordingly, this light emitter will illuminate a scene when capturing a snap. Furthermore, the mechanism will serve as physiological sensing as well as a camera flash. Concerned with the camera, it will only work for the image and video recording irrespective of the FaceTime support.