Today Apple released iOS 16, and iPadOS 16 systems, and has released the first developer preview Beta. iOS 16 adds a long-awaited feature set that allows editing and undoing iMessages that have been sent to someone, but it also turns out to be time-limited.

Users can edit or unsend an iMessage for up to 15 minutes after it is sent, but after that time, the message cannot be edited and can no longer be unsent. Undoing an iMessage or editing an iMessage requires both Message users to be running iOS 16. If you try to undo an iMessage to a user running iOS 15 or earlier, it won’t work, nor will the editing feature. 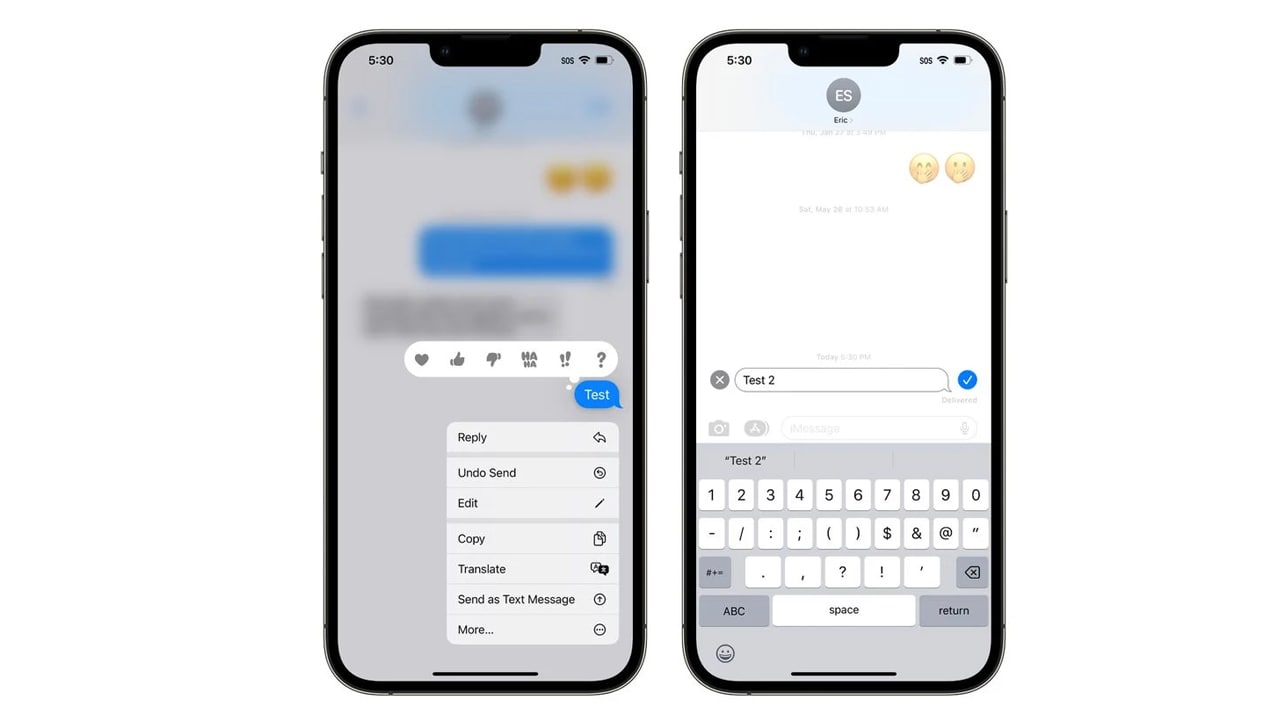 Apple warns that users running earlier versions of iOS will be able to see an unsent message, even if it’s no longer visible on your terminal. Users can edit or undo an iMessage by long-pressing the iMessage in an iMessage conversation and tapping “Edit” or “Undo Send.” Note that these features are limited to blue bubble iMessage, not green SMS text messages.

There’s also a new option to recover recently deleted messages, up to 30 days old after deletion. Deleted messages are in the Recently Deleted section under the filter list. Recent deletion applies to iMessage and SMS text messages.

In addition to these two features, there is also a “mark as unread” option, when users want to reply to a message later but don’t want to forget, all unread messages can be unread under the new “filter” Mail” folder.

iOS 16 and iPadOS 16 are scheduled to release public betas in July, and developer preview betas are currently available. iOS 16, iPadOS 16, macOS Ventura, and watchOS 9 will all be publicly released this fall.