According to the latest report, the smartphone market has now reached 35.4 million units in North America in Q2 2022, which is 6.4% down yearly.

Thanks to the strong iPhone 13 series, iPhone 12, and latest iPhone SE sales, Apple saw a 3% growth in NA and dominated the region for three consecutive quarters. Apple shipped 18.5 million units in this quarter, with this number Apple is now holding 52% of the US smartphone market.

In the Android smartphone department, Samsung Galaxy S22 Ultra was the top-selling Android device in Q2 2022, which was the 6th best device overall. Samsung shipped a total of 9 million units in this quarter and secured a 26% market share.

Samsung smartphone shipment increased 4% in Q2 2022, thanks to the good sales of the Galaxy S-series and A-series. 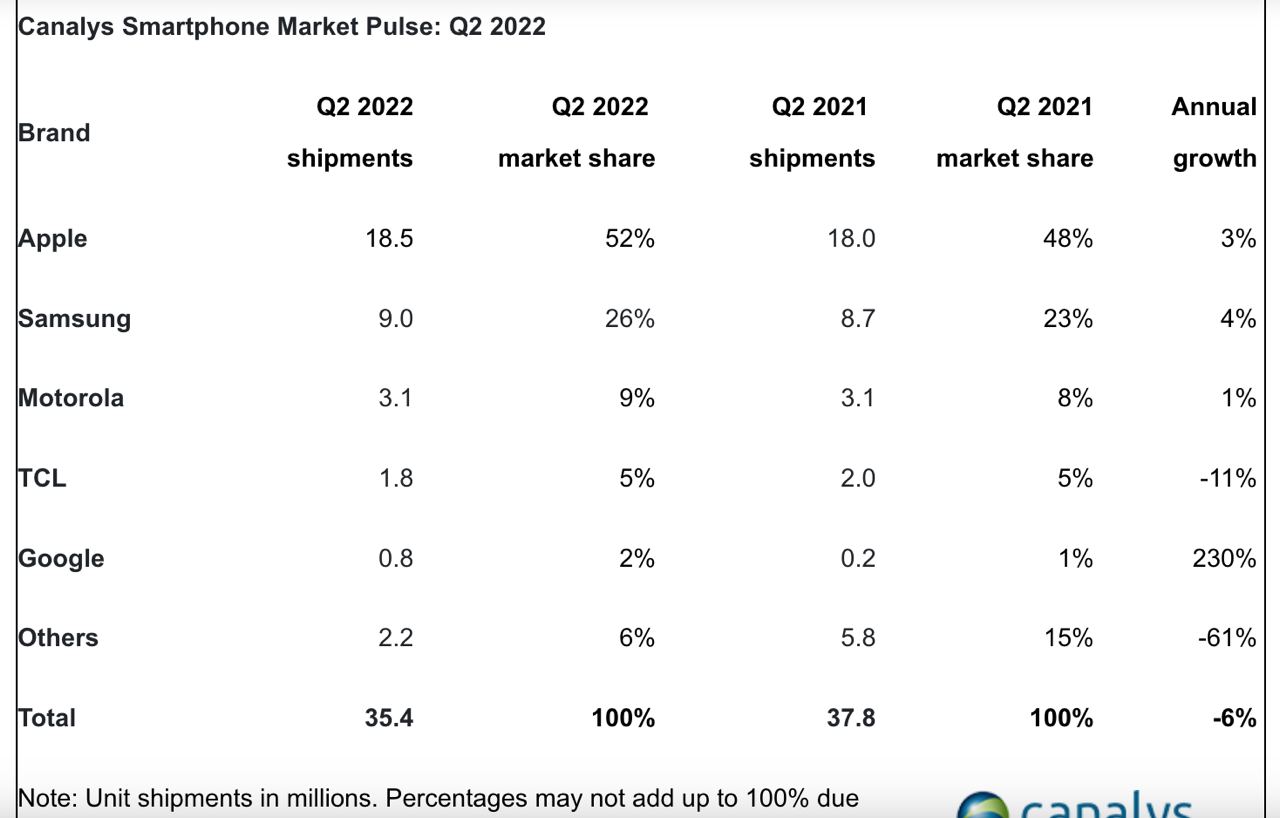 In the quarter, Google has increased its presence in the North American regions. Google saw 230% growth in the quarter and its market share has also increased, doubling from last year. In numbers, Google sold 0.8million units in this quarter, which was just a 0.2million last year.

For other brands, Lenovo and TCL claimed 9% and 1.8% respectively. 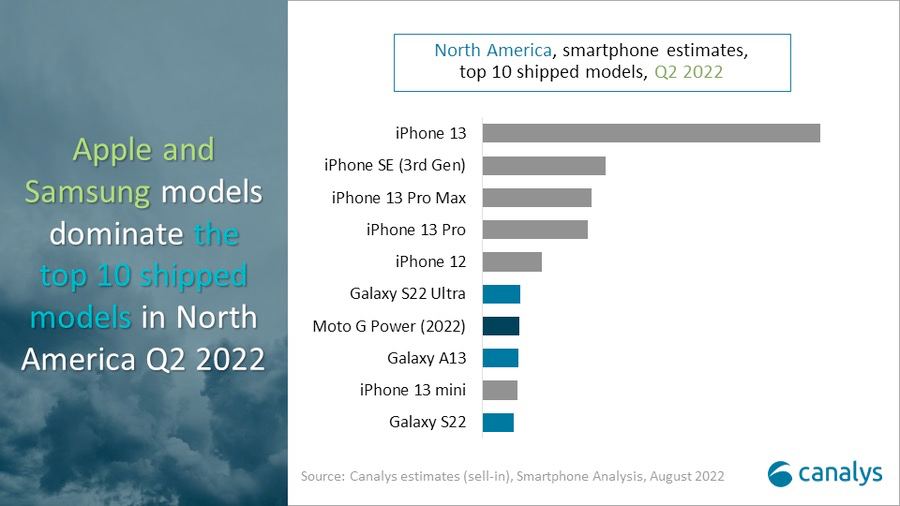 You can check the top 10 best-selling models in North America. Of the most popular device, 6 of them are made by Apple, 3 by Samsung, and 1 by Motorola.