Xiaomi router officially announced that it will release a new high-end series of routers at the Xiaomi 12S series new product launch conference on July 4, adopting a new product form.

The Xiaomi router officially issued a document saying that the new high-end series routers of Xiaomi will all solve the problems of network dead spots in the home, full signal but unable to load the picture, and building a whole-house network but almost demolishing the wall of the whole house.

The Xiaomi router officially said that this router will adopt a new product form, and the router antenna cannot even be seen in the poster. And the poster shows that this new router can enhance the network through two combinations, possibly through the Mesh dual-machine combination to achieve high-quality WiFi coverage throughout the house and eliminate network dead ends.

The detailed specifications of the new router have not been officially announced yet, but there should be more promotion before the July 4 conference. The highest-end router currently sold by Xiaomi is the Xiaomi router AX9000. This router is very different from the new product in appearance. 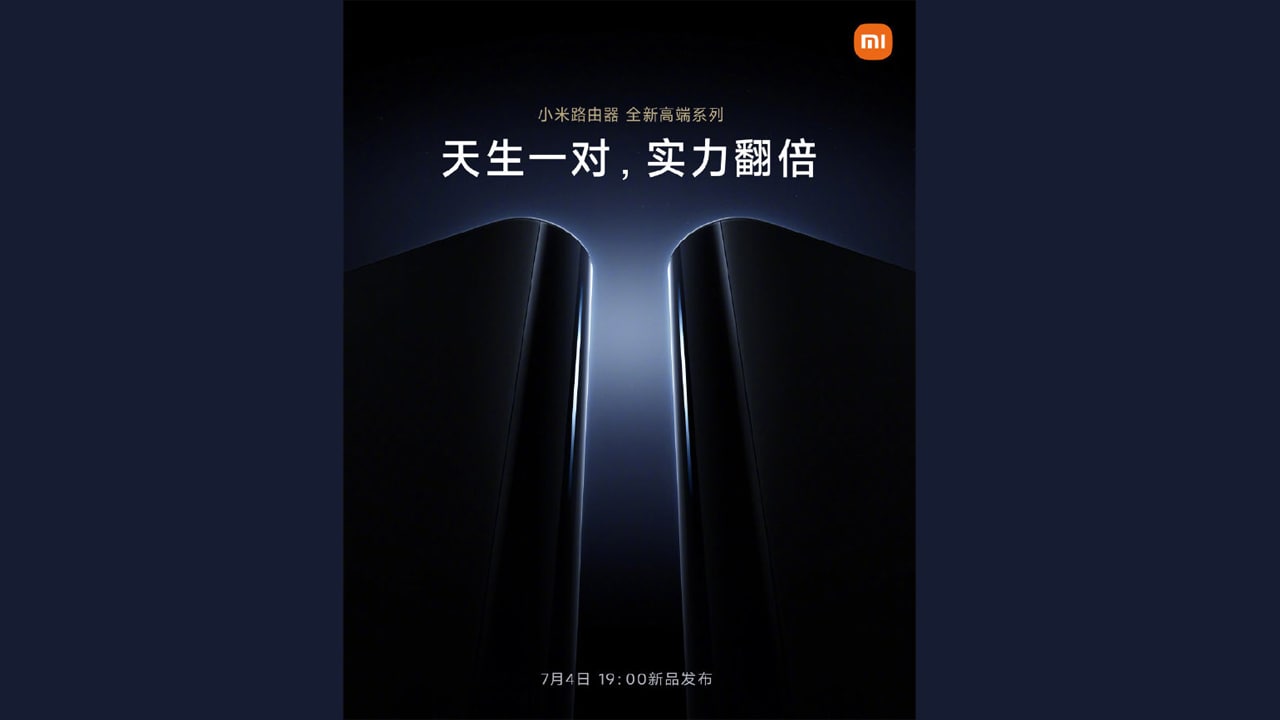 It adopts a black appearance and is designed for an external antenna. It also has a 16 million color X-shaped ambient light. , supports users to set their favorite light color, and also supports 5 light effect modes such as breathing, rainbow, and stars.

In terms of detailed specifications, the Xiaomi router AX9000 has 12 high-gain antennas and 12 independent signal amplifiers, is equipped with a Qualcomm 6-core flagship processor, is equipped with 1GB of memory and a USB 3.0 interface, supports 9000 megabit speeds, and has an exclusive 5G gaming frequency band.

The three frequencies are concurrent and do not interfere with each other. It also supports WiFi6 enhanced version, the maximum theoretical rate can reach 3.5Gbps.