The newly posted poster of its upcoming event on July 29, Huawei has revealed that it will launch a 98-inch Smart Screen V. This will be the largest smart TV that the company has ever had in its Smart Screen lineup.

Just like all of Huawei’s new products, this Smart Screen will also come with pre-installed HarmonyOS 2.0. Its big screen will provide an infinite viewing experience with bright and dynamic colors.

The company will also launch its first mini LED smart TV called Smart Screen V 75 Super. Further, there are several other products to be unveiled in the same launch event including Sound X smart speaker, Children’s Watch, Children’s educational tablet, and much more.

The other features of the Smart Screen V 98 are not yet known and everything else will be revealed officially on July 29. 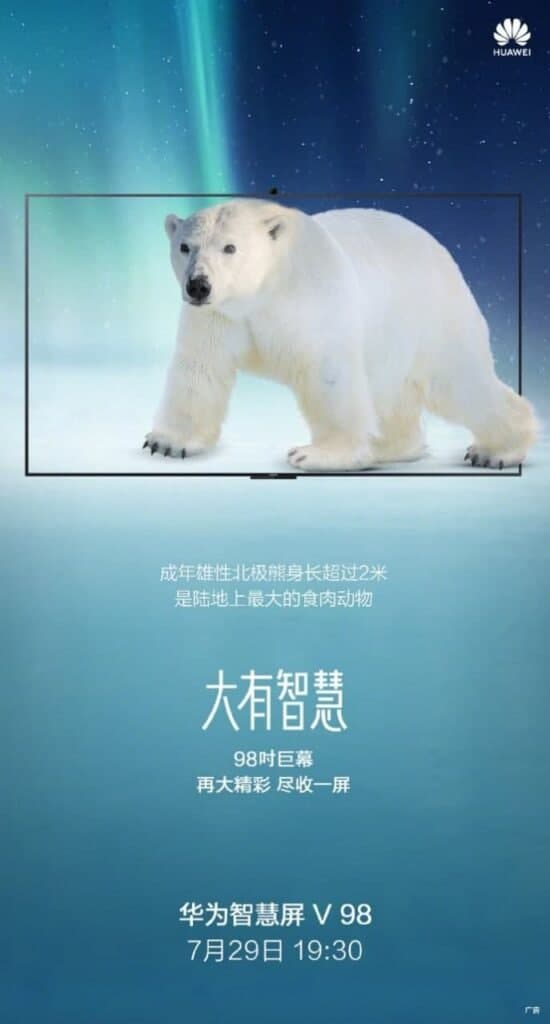 While the P50 phones are also going to be introduced on July 29 and these phones are the ones for which the Huawei fans are eagerly waiting. These smartphones are officially confirmed to come with effective zooming capabilities.

As per the recent leaks, the P50 models will bring a new version of HarmonyOS 2.0, that will possibly have some more added tweaks compared to the current version. We get to know about everything on July 26.