Huawei has officially announced that the company will organize a launch event on July 29 where the company will unveil this year’s first flagship lineup, the Huawei P50, and several other products as well.

Besides the Smart Screen, there will be other range of products including Sound X speaker, Band 6 Pro, a new children’s watch and more. Besides all these products, there will be Huawei P50 for which the users are most excited.

The detailed specs or any kind of leaks have not arrived yet about these Smart Screens. So, we have to wait for the official unveiling which isn’t too far. While the company is also yet to confirm about the other listed products coming this fall. 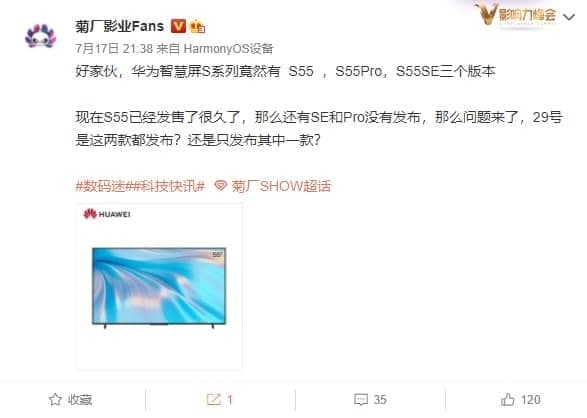 Huawei P50 phones (What to expect and what not to)

Following the leaks of the upcoming Huawei P50 phones, the company will unveil three models in the lineup, Huawei P50, P50 Pro, and P50 Pro Plus. It is expected and has been officially announced that these devices will receive extraordinary camera capabilities.

More such new features are expected with these devices that will make them different and feel upgraded from the last year’s. The HarmonyOS 2.0 will be pre-installed in these models which are expected to be very well optimized as it’s coming pre-equipped.

What not to expect

It was reported that the Huawei P50 production was likely done using domestic/Chinese components. So, even if the products are not from a highly qualified overseas company. It is not expected that these handsets lag in any kind of hardware part.

Further, there is news that both the Kirin and Qualcomm SoCs will be used on these devices. The P50 phones will initially equip Kirin and later on Snapdragon 888. Here, we do not expect any kind of performance differences in both of them.