As expected, Apple topped the premium segment with a 57% market share, followed by Samsung and Huawei. While most of the brands declined, OPPO grew 67% YoY, thanks to Reno3 and Reno3 Pro 5G series. Xiaomi for the first time entered the top 5 places in the premium smartphone segment, the company grew 10%, thanks to Mi 10 5G and Mi Note 10 series.

Apple, Samsung, and Huawei together captured 88% of the segment during the quarter. Except for the Chinese smartphone market, Apple and Samsung remained in the top 2 spots in all the regions. Huawei was the market leader in the premium segment in China. Similarly, OnePlus was also there in the top 5 players in the premium segment in all the regions except LATAM and China. 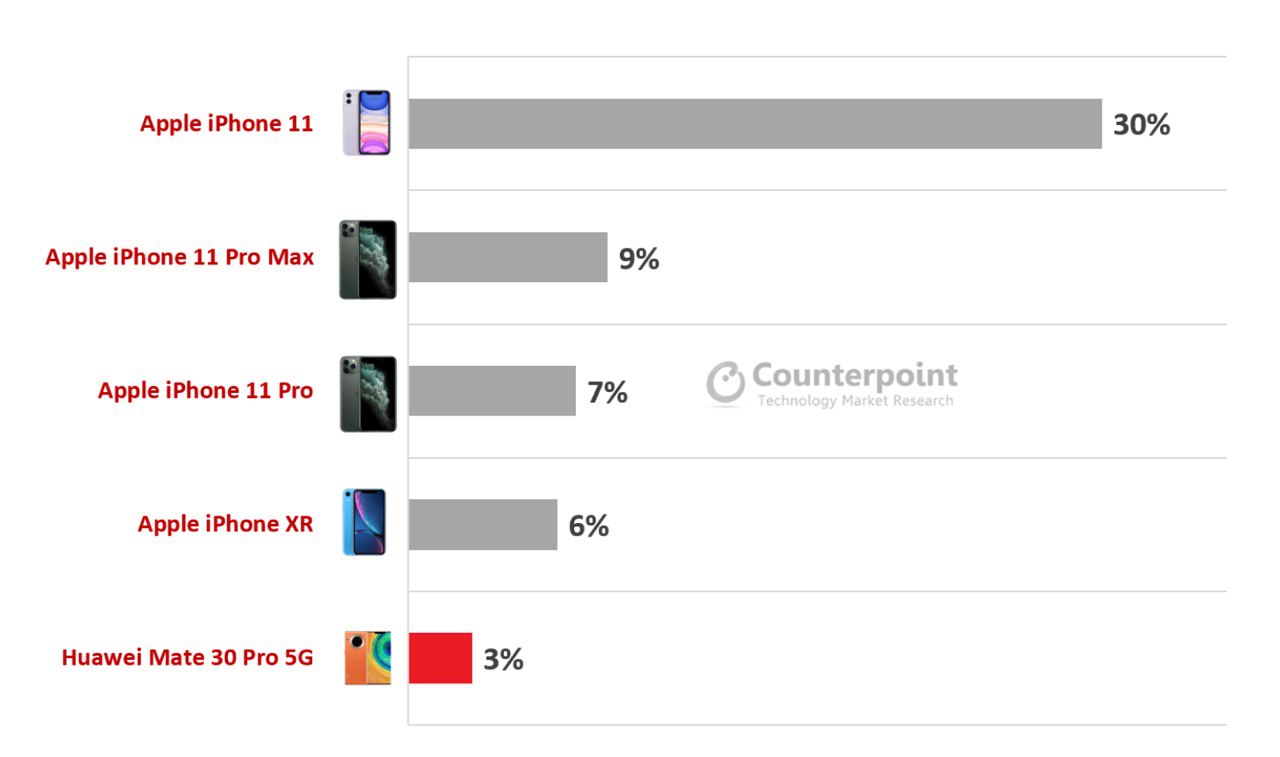 “The overall premium segment declined but within the price bands that make up the premium segment: the 600 to 799 USD grew 47% YoY capturing over 42% of the premium price band sell-through. This was driven by the iPhone 11 series, which captured three-quarters of this price tier. The price segment has been growing steadily since 2Q 2019, first driven by the popularity of iPhone XR and now iPhone 11. This is now the strongest price band for Apple. Apple has tested its price elasticity and realized that marginally aggressive pricing can potentially generate a much higher “customer lifetime value (CLV)” over 24-30 months.”