Realme has recently unveiled a renewed device in India called Realme GT Neo 3T, just after the launch, the smartphone started its security patch cycle with the new update. It will offer an enriched user experience with boosted performance.

This new update is rolling out in the month of September, but the changelog didn’t mention any particular monthly patch clearly. Realme GT Neo 3T users will be able to identify the all-new update through the UI build version RMX3371_11.A.05.

The release of this particular patch is not that shocking, because the company dispatches the security patches for newly launched devices too. To fix some or the other issues that the users are facing, and which the company lacked at the time of manufacturing. 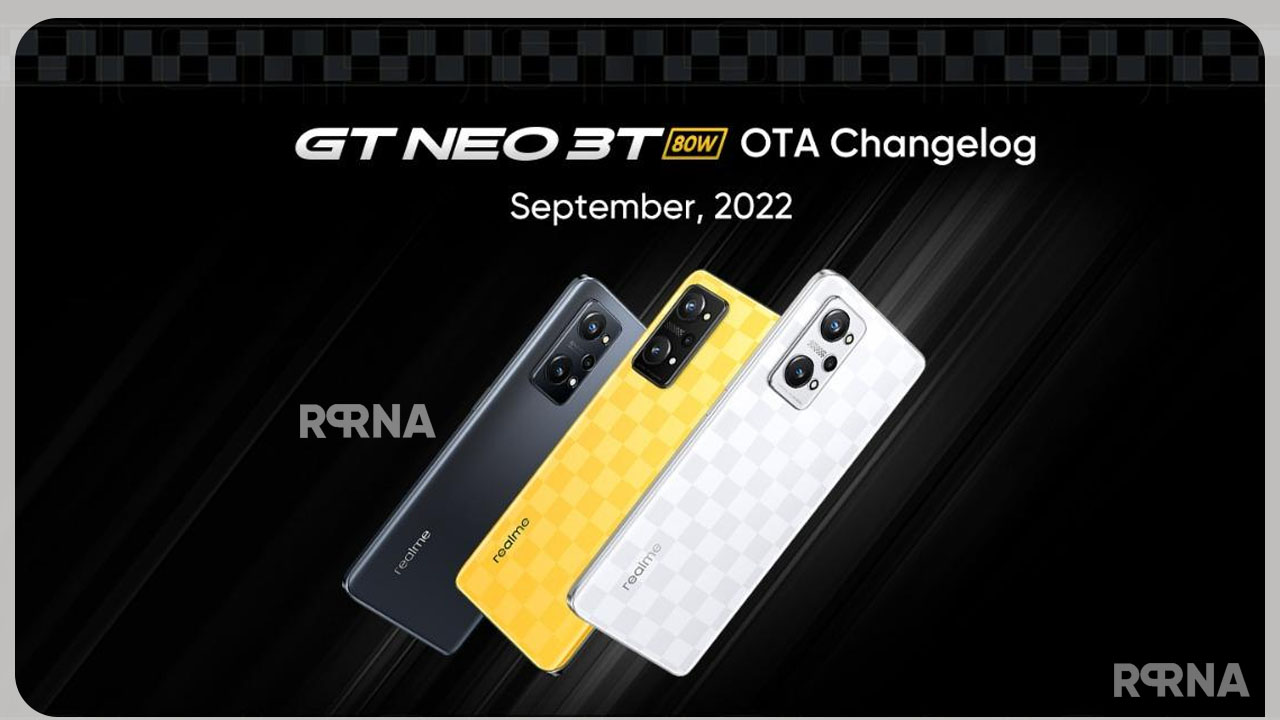 Now coming to the accumulations, which the update offers for you, so, the company is going to add 5G network functions for the device with support for Jio, which means users will experience a most improved 5G network connectivity.

Secondly, the update fixes an issue that the users were facing at the time of charging their devices. It was occurring when the users are supposed to charge their Realme GT Neo 3T with some other third-party PD chargers in some scenarios.

After installing the update, the users will not face a slow charging of their device, even using the third-party PD charger. Furthermore, the update will optimize the security of your smartphone along with improving and enhancing its stability.

In conclusion, we can say that this update is a bumper package for your Realme GT Neo 3T devices, as it will enhance the security and stability of your device and further optimize the overall performance, which will result in the better running of your device.

● Optimized the performance in some scenarios to improve user experience.

The update has been released in a phased manner and it will get available for everyone in the coming days, we recommend the owners to install the update as soon as it arrives on your newly launched Realme GT Neo 3T devices to get a more better performance.