With the exception of the iPad, Apple posted strong revenue growth across all product lines. Currency fluctuations continue to plague Apple, even as it enters the holiday season. Meanwhile, supply shortages related to silicon materials in the third quarter did not have a significant adverse effect on Apple.

iPhone 14 shipments are still limited by supply shortages, at least for now 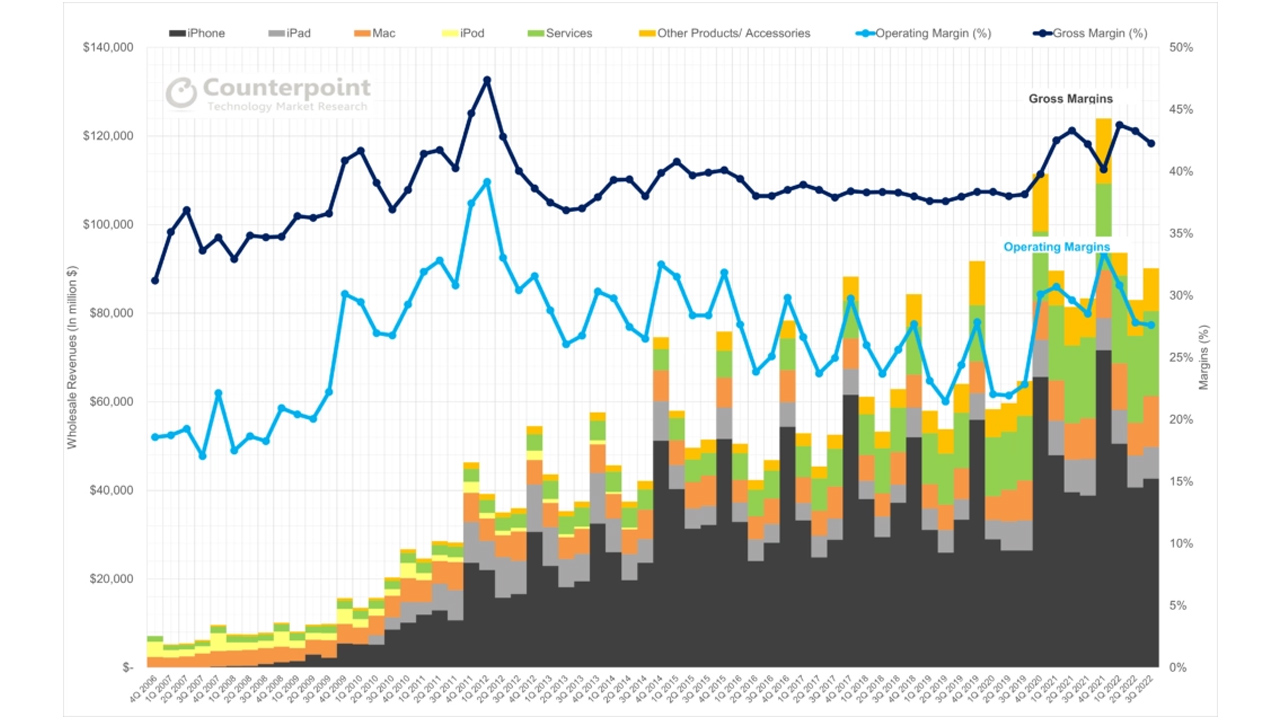 The services segment is expected to grow, but risks loom