Demand across all product categories and end-user segments was suppressed by deteriorating macroeconomic conditions, with consumers and businesses taking a more cautious approach to spending on equipment. Tablet shipments fell 6% to 35.3 million units in the third quarter, while Chromebook shipments fell 29% to 4.2 million units, the lowest third quarter of 2019. 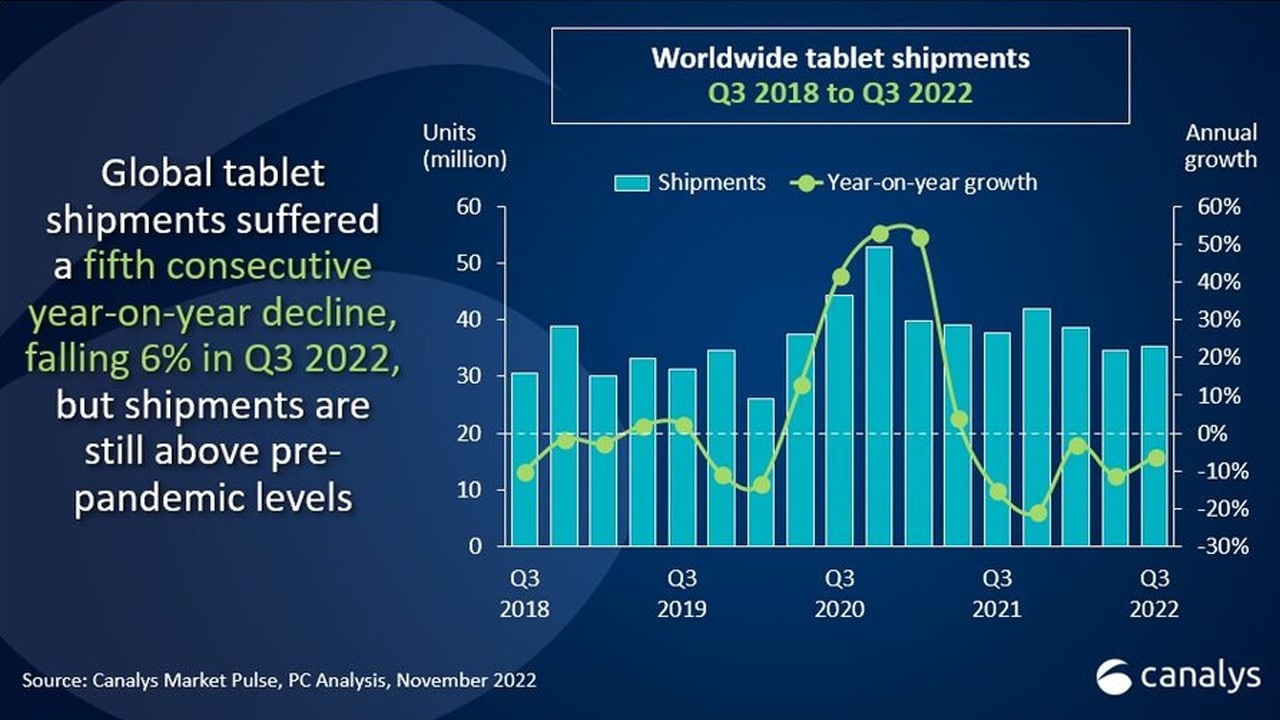 Amazon came in third, with shipments up 18% to 3.2 million units, helped by deep Prime Day discounts on its Fire tablets. Lenovo and Huawei, two Android device makers, ranked fourth and fifth, respectively, with larger declines of 37% and 41%, respectively.

Canalys analyst Himani Mukka said: “In the post-pandemic era, the macroeconomic environment is severe, resulting in increased pressure on consumer spending and weaker demand for tablets. With the basic recovery of offline education, people are indoors and devices spending on updating or upgrading tablets is falling sharply due to limited household budgets.

However, vendor and retailer promotions, including back-to-school deals, and increasing commercial deployments are helping keep shipments at higher levels than before the pandemic. While the tablet market is unlikely to reach the highs of 2020 and 2021 again, its trajectory is more positive than expected a few years ago, manufacturers also said will continue to focus on the tablet category.

New companies are pouring into the space, especially in the low-to-mid-end Android market in the Asian region, which will provide growth opportunities in various end-user segments in the next few years. For example, India’s medical and automotive industries, as vertical industries, are increasing the deployment of tablets for commercial use.

At the same time, industry giant Apple has a tablet product portfolio for different price points and use cases, and also combines its most powerful innovations Technology – the M2 chipset, introduced to the iPad Pro.”