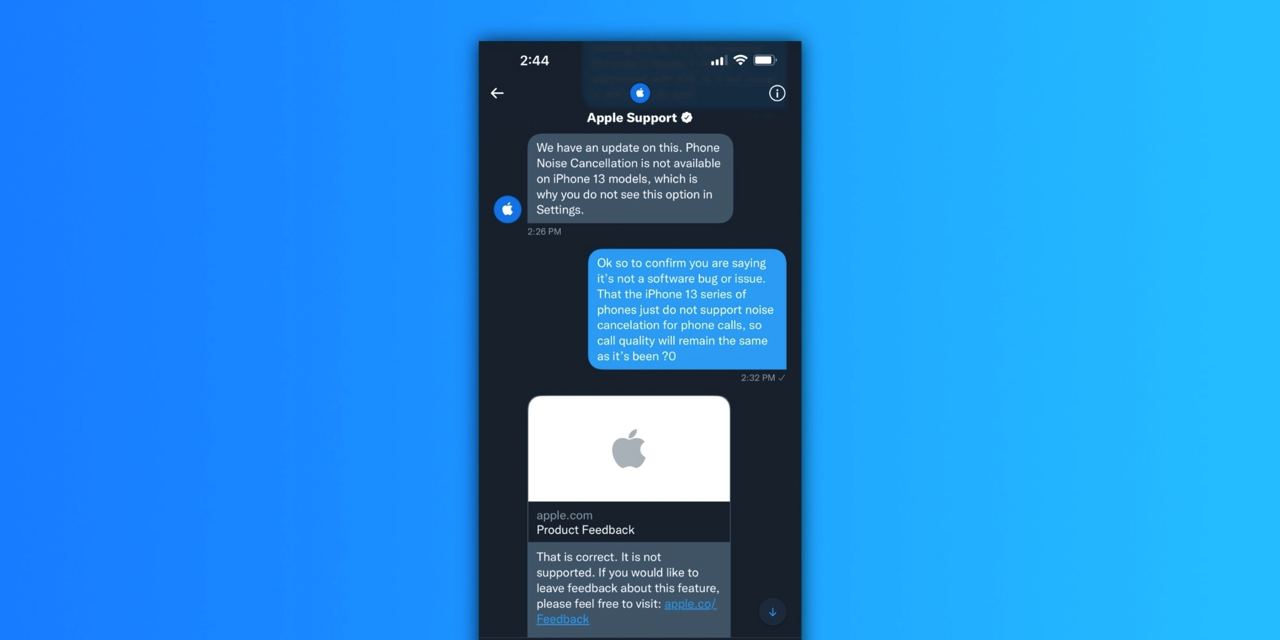 
Apple’s iPhone 13 series devices do not have noise cancellation features, we now have more updates about this specific matter.

This feature is available on iPhone 12 and previous iPhones. It was reported that it might just be a bug, but Apple actually removed the feature.

According to 9to5mac, one of their readers received an official statement about this issue.  According to him, “after working with Apple and a senior advisor for months saying to wait for an update to fix the issue, I got an update regarding the issue, and apparently, it won’t be fixed and noise cancelation is intentionally disabled for those devices for unspecified reasons.”

In addition, during the chat, the company officially confirmed that the iPhone 13 models do not support the phone noise cancellation feature, that is the main reason there’s no option under phone Settings.