Apple released iOS 16, and iPadOS 16 systems, and has released the first developer preview Beta. Apple recently introduced a feature that allows residents of participating U.S. states to add their driver’s license or state ID to the Wallet app on iPhone and Apple Watch, providing a convenient and contactless way to reveal identity or proof of age.

Starting with iOS 16, users will be able to present their ID stored in the wallet app in select apps that require identity or age verification. For example, Apple showed Uber and Turo as two apps that could choose to accept wallet app IDs, but it remains to be seen which apps decide to implement the feature.

Apple says users can seamlessly display their driver’s license or state ID information in supported apps that require identity or age verification with the click of a button. Apple will provide users with an overview of the information collected by the app and explain whether the data will be stored and for how long.

The user will need to authorize using Face ID or Touch ID in order to present the ID card to the app. Developers will be able to add support for wallet IDs to their applications by using a special entitlement that is part of the PassKit framework. 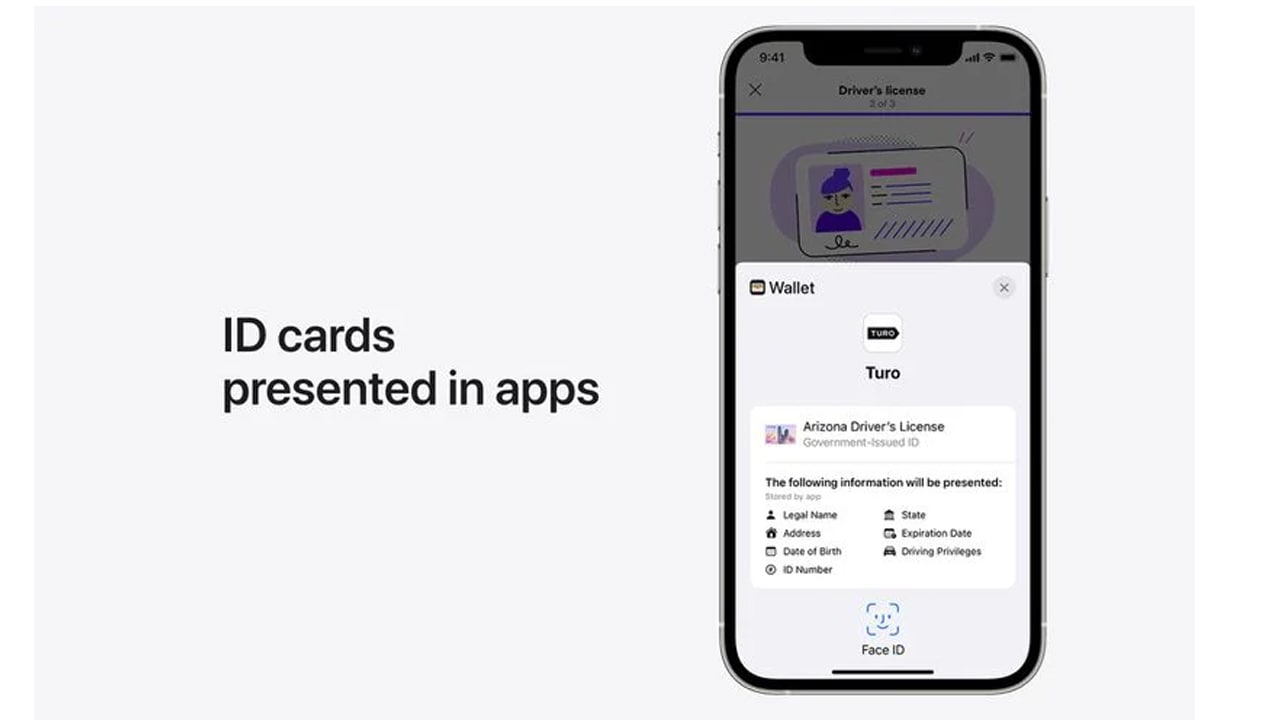 Arizona and Maryland were the first two states in the U.S. to allow residents to add their driver’s license or state ID to wallet apps. Apple said other states are also working to support the feature, including Colorado, Hawaii, Mississippi, Ohio, Georgia, Connecticut, Iowa, Kentucky, Oklahoma, and Utah, as well as Puerto Rico territory.

Note that some states like Florida and Louisiana offer iPhone driver’s licenses through their own apps, separate from this Apple Wallet feature. To add an ID to the Wallet app, users simply tap the “+” button in the upper right corner of the wallet app and follow the on-screen instructions. This feature requires an iPhone 8 or later running iOS 15.4 or later, or an Apple Watch Series 4 or later running watchOS 8.4 or later. So far, the feature is only available in the US.

In addition to being used in the app, Wallet IDs can also be accepted at certain TSA checkpoints at certain airports, as indicated on the sign. iOS 16 and iPadOS 16 are scheduled to release public betas in July, and developer preview betas are currently available. iOS 16, iPadOS 16, macOS Ventura, and watchOS 9 will all be publicly released this fall.