Apple is now preparing to launch its upcoming iPhone series- iPhone 14, but before its official announcement we are getting familiar with these devices as many leaks and renders are emerging on the web. And now a new 3D render has emerged that shows a flagship model of the device in a very cleanest and sharpest way.

A well-known tipster HoiINDI, has provided us a early look at the iPhone 14 model with the 3D renders. The render give us a hint about the overall design of the smartphone, it also shows the camera module and more, so without wasting the time let’s explore iPhone 14 render.

According to the render, the standard variant of the series will come with 6.1-inch screen. Whereas the Max variant handset will feature a 6.7-inch screen. Further, It holds a hole punch + pill layout following a circular design which is placed there for face detection and other sensors. To be mentioned the device avoids the traditional notch outline this time. 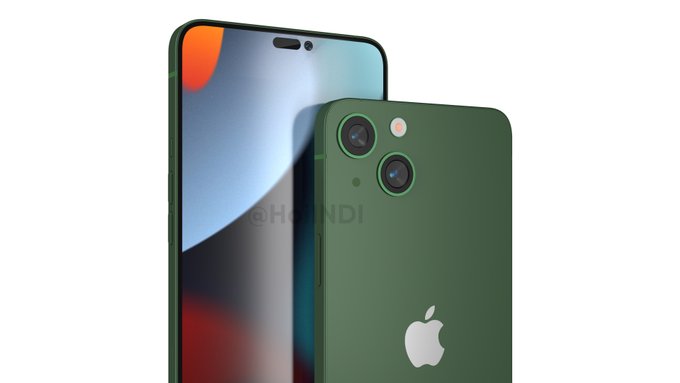 Apple iPhone 14 will have two different processors, among which the Pro models iPhone 14 Pro and 14 Pro Max will equip with an all-new A16 Bionic Chip. Whereas, the iPhone 14 and 14 Max will have A15 SoC.

Now coming to the top part of the render, the render shows the camera module with an almost clarity, there are two shooters placed diagonally along with an LED flash, one is the primary object while the other one is a wide-angle lens.

You can check iPhone 14 3D look on the youtube channel of the HoiINDI, you can also have a look at his Twitter handle for a great viewing experience.