A new leak reveals the specs of the upcoming OnePlus 11 Pro. The OnePlus 11 Pro will offer Qualcomm 8 Gen 2 chip. Along with the Snapdragon 8 Gen 2 chip, the device will feature up to 16GB RAM and 256GB internal storage, reported 91Mobiles.

The device will feature a 6.7-inch 120Hz QHD+ AMOLED display with an under-display fingerprint sensor. The device will come with a 5,000 mAh battery inside and 100W fast charging, while the 10 Pro launched with 50W charging.

For photography, the 11 Pro could come with a 50MP main camera, a 48MP ultrawide camera, and a 32MP telephoto lens with 2x zoom.

The OnePlus 11 Pro is likely to launch in early 2023. For the software part, the device will run Android 13-based OxygenOS 13 out of the box.

After the launch of the OnePlus 10 series this year, all eyes are on its successor – The OnePlus 11. As usual, we got familiarized with a bunch of leaked information about the upcoming devices, meanwhile now, we have the first renders of the OnePlus 11 Pro smartphone which reveals its new design.

Recently OnLeaks in collaboration with Smartprix showed off some impressive renders of the top model of the series, the OnePlus 11 Pro, from different angles. These renders reveal some notable changes over its predecessor. Let’s explore them below:

Starting from the rear side, it can be seen in the images that the OnePlus 11 Pro will see a change in the camera housing. Although it still has a wraparound design, with a few tweaks. 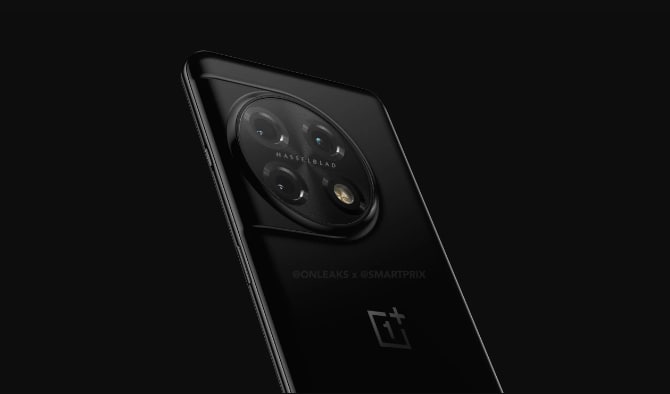 The device has a circular camera housing with four familiar cutouts for the lenses and LED flash. The Hasselblad logo is embedded within the circular layout with the outer chassis blending or bleeding into the side of this redesigned shell. 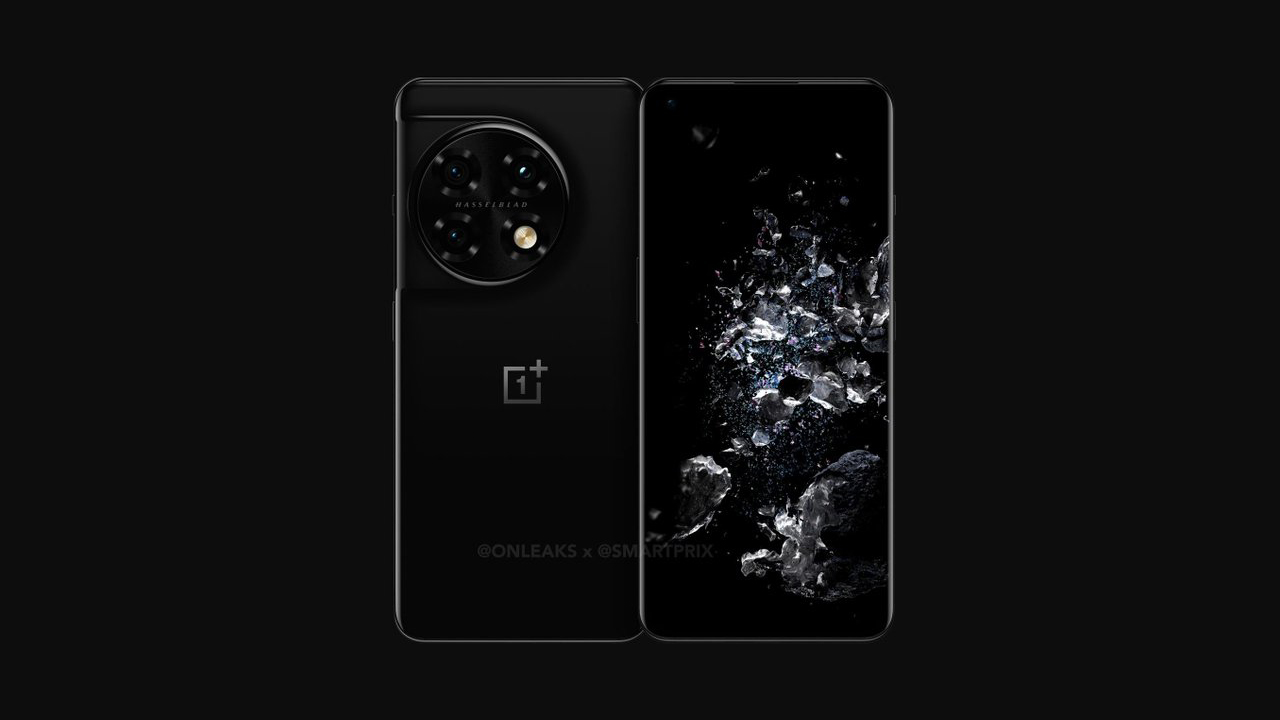 Aside from these, the device has a punch-hole for a selfie shooter on the top left side of the display, a volume controller, a power button, speaker grills, a USB Type-C port, and a SIM card tray.

Aside from revealing the OnePlus 11 Pro design, the new information also suggests an early 2023 launch. The device could come equipped with the Qualcomm Snapdragon 8 Gen 2 processor and might come pre-installed with the Android 13-based ColorOS 13 operating system. The rest is yet to be disclosed, let’s wait for more information to arrive shortly.