OnePlus will not release Nord N10 5G and Nord N100 in India: Report

OnePlus has recently launched two new smartphones of its Nord series, Nord N10 and Nord N100. Both of the devices come pre-installed OxygenOS 10.5 out of the box. These devices are now official in Europe and will be launch soon in North America also.

Meanwhile, the company hasn’t introduced any specific detail about its launch in the Indian market which indicates that these smartphones would not release in India. According to a report, the company has launched OnePlus 8T with its latest OxygenOSS 11 while the Nord N10 5G and Nord N100 are announced with OxygenOS 10.5.

Since this is not the expected OS in its new smartphones so the company doesn’t want these devices to be used by its mainstream users. With this move, the company is performing against its own standards of giving the latest software.

READ MORE: Here’s how to use the Hands-Free feature of Amazon Alexa in OxygenOS 11

With this decision of the company, the original Nord has become the only mid-ranged smartphone of the brand in India, and the OnePlus users should have to satisfy with OnePlus Nord only. 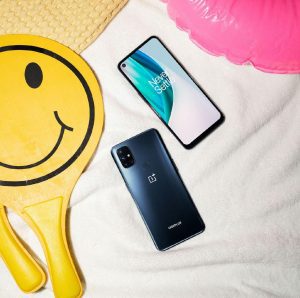 OnePlus Nord N10 is a 5G smartphone, powered by Qualcomm Snapdragon 690 processor which sports a 6.49-inch FHD+ display with a refresh rate of 90Hz. It has a battery capacity of 4,300mAh with 30W Warp Charge support.

It features a quad-camera setup which includes a 64MP primary camera. In addition to 6GB RAM + 128GB ROM the device supports microSD up to 512GB.

The device has a triple-camera setup which includes a 13MP Primary Camera. N100 sports a RAM of 4GB and ROM of 64GB, a microSD card can be used for the addition of more storage.

October 2020 update is rolling out for Huawei P40 series

iPhone 12 and 12 Pro Overheating: Everything we...