Top Posts
Huawei MatePad 2/MatePad Pro 2 first sale could...
GTA 6 will return to the Vicious City...
Samsung Galaxy Tab S7+ Lite revealed in every...
Sony’s next-gen PlayStation VR renders exposed, to feature...
Deals: Here are the best budget gaming PC...
These are the best affordable gaming laptop deals...
Here are the best Nintendo Switch deals and...
These are the top 10 Android games with...
Lenovo officially announced the Xiaoxin Pro 16 notebook...
Ubisoft Original will be added to its first-party...
MIUIPhones

As we know that Xiaomi is going to unveil its latest flagship, Redmi K40 on February 25, 2021. We have already seen leaked, rendered, live images of this smartphone. As the launch nears, more information about the Redmi K40 to release.

According to the latest information, the General Manager of Xiaomi’s sub-brand Redmi, Lu Weibing has shared a new poster of Redmi K40 on Weibo and reveals that the Redmi K40 will be the first straight-screen flagship equipped with an E4 material OLED screen. 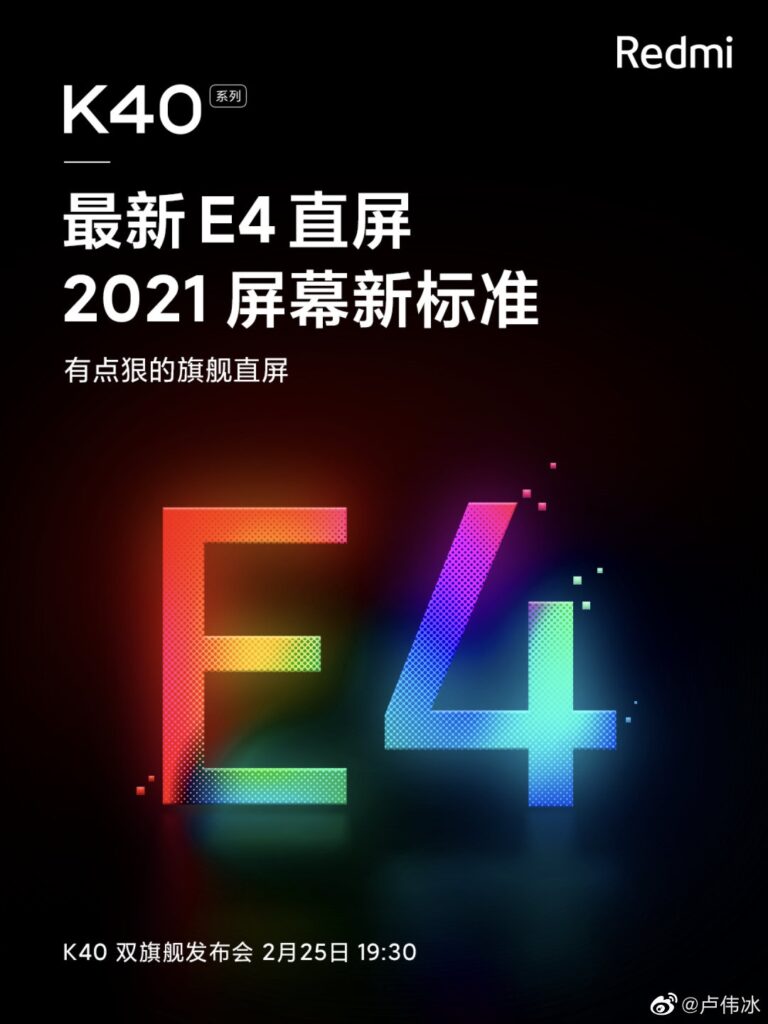 The E4 luminescent material is the latest generation of Samsung screens, which can bring high brightness while achieving ultra-low power consumption with an advantage of high contrast and high color accuracy.

However, first-generation technology has been fully advanced, it has been used on Xiaomi Mi 11 by which it received DisplayMate A + rating with refreshing 13 records.