Realme is set to launch Realme GT Neo2T on October 19, at 14:00. Earlier this morning, the company officially released a new teaser poster of the upcoming GT Neo2T. The teaser reveals that the device will be equipped with the MediaTek Dimensity 1200-AI flagship chip for the first time in China.

Realme’s official Weibo, MediaTek Dimensity 1200-AI will use TSMC’s 6nm process with a built-in A78 flagship super core. Compared with the previous generation, the performance of the octa-core CPU is increased by 22%, and the efficiency is increased by 25%. Because of the emphasis on the word AI, the AI ​​computing power will also be greatly improved. 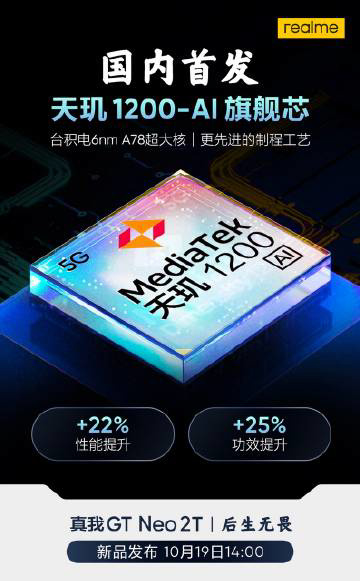 At the same time, the vice president of realme released a new Weibo stating, “Realme GT Neo2T, the first domestic version of Dimensity 1200AI! AI computing power has been greatly improved, and the camera experience has also improved. We will talk about other things at the press conference.”

Officially, its white is as pure as white as jade, and transparent as a mirror, with black matte light and shadow, full layering, optical-grade mirror, no fingerprints, and comfortable to hold. 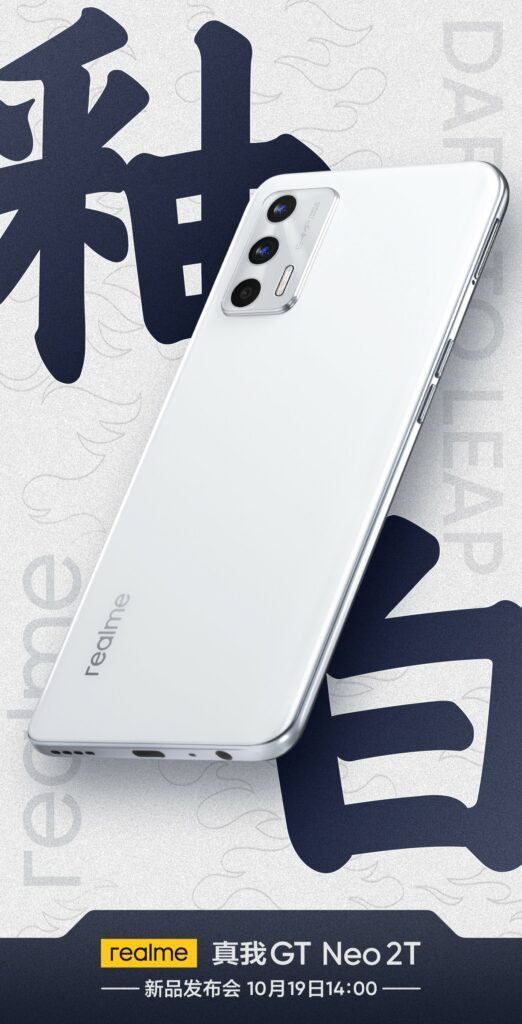