Xiaomi is all set to introduce the second generation Redmi gaming laptop dubbed Redmi G (2021) on September 22. Before the new device goes official, the tech giant has started teasing its features and internals on its official Weibo handle.

Newly, the company teased the details about the cooling mechanism of the upcoming laptop. Going by the teaser, the device will come with a new “Hurricane Cooling 3.0.” 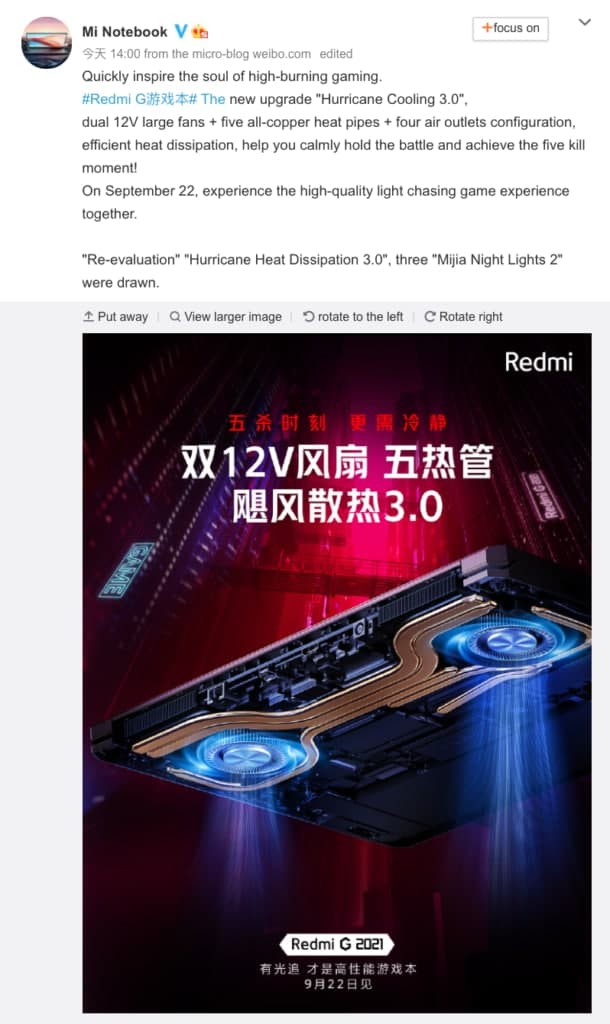 Earlier, the company had revealed the processor of the Redmi G (2021). According to the officials, the gaming laptop will be powered by AMD Ryzen 7 5800H processor paired with a dedicated Nvidia RTX 3060 graphics processor.

Redmi says that Redmi G (2021) with RTX 3060 can achieve full power consumption of 130W and its actual performance is worth looking forward to.

Moreover, the upcoming laptop is said to come with a ray tracking feature to bring more realistic visual effects to the games. Meanwhile, the pre-booking page of Redmi G 2021 on JD.com shows two laptop models, one powered by AMD and another powered by Intel chipset. 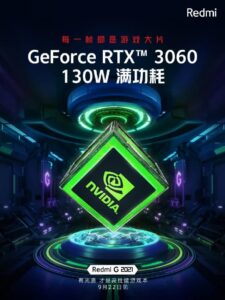 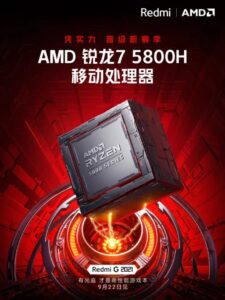 Last year in August, Redmi introduced its first gaming laptop called Redmi G. It was an affordable laptop with capable options in the segment. It came with a 16.1-inch screen with a 144Hz refresh rate.